You are here: Home > London Transport > Getting Around London By DLR, the Overground, Train or Tram

Getting Around London By DLR, the Overground, Train or Tram

Joined to the London Underground network is the Docklands Light Railway (DLR) system, which operates in southeast and east London. A system of driverless trains (although there is always some kind of operator on board!), the DLR was built to help the rundown – though now much regenerated – Docklands area of London in the late 1980s, and has since been expanded considerably.

The DLR interchanges with the Underground at Bank station (which is on the Central, Northern, Circle, District and Waterloo & City lines) and also has a Zone 1 station at Tower Gateway, which is just around the corner from Tower Hill Underground station. 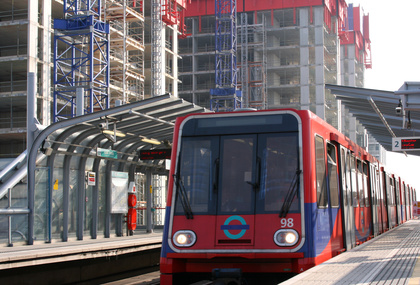 You might use the DLR to travel to/from London City airport, or to visit areas such as Greenwich (home to the National Maritime Museum and Royal Observatory) or Canary Wharf (London’s second financial centre behind the City).

Fares on the DLR are the same as on the Underground. Note, however, that many stations on the DLR do not have traditional ticket barriers to get in and out, so make sure you tap your Oyster card on the pads as you enter or leave a DLR station to avoid problems and a possible fine.

The London Overground network came into being during 2010, taking over certain train routes and the East London Line on the Underground, as well as bringing life to previously defunct routes. The Overground is sometimes considered to be the “outer” Circle Line, as its various branches loops round London in a circular route through Zones 2 and 3.

The Overground mostly operates in these two zones (2 and 3) so some may not find themselves using the Overground at all during their stay! The Overground stops in Zone 1 are Euston, and Hoxton and Shoreditch High Street in East London.

The Overground does operate very modern trains that have air-conditioning, and which are also one long, inter-connected carriage. Being “overground” (the clue’s in the name!) means that mobile phones also work on the Overground – which may be a blessing or a curse.

Trams operate in Southern parts of London, particularly in the Wimbledon/East Croydon areas. Oyster cards are accepted – a single journey costs £1.40, otherwise it’s £2.40 if you pay by cash.