When you’re pondering a restaurant based on its outside menu, and an old (and I’m not being unkind by using that word) Camden hippie walks past and says “Yeah!!! It’s great in there!”, you know you’re on to a winner…right? Such was the situation when found ourselves outside Asakusa in Camden (okay, technically Mornington Crescent) recently.

Luckily I’d also had excellent feedback on the place from a friend, who most definitely isn’t a Camden hippie. Or old.

Or perhaps that guy’s actually their official ‘greeter’, drumming up business in a slightly unorthodox way?

Either way, young and old alike are probably best placed to reserve a table in this small and homely place that’s full to the brim. When we turned up on a sweltering Thursday evening requesting a table for two, there was much discussion amongst the staff about whether or not they could seat us. Eventually we were asked if we wouldn’t mind sitting at the sushi bar – fine by us (why would that be a problem?), although I guess if you’re more than two it wouldn’t be ideal.

The menu is incredibly extensive, with – unsurprisingly – and absolutely huge sushi selection and plenty of teriyaki, tempura, noodle and rice dishes besides. Alongside the main menu, there’s another two laminated pages of options. Service here is quick and friendly – although our very attentive main waitress spoke little English and came armed with a small set of handwritten notes to ask us, such as “How would you like your beef cooked?” 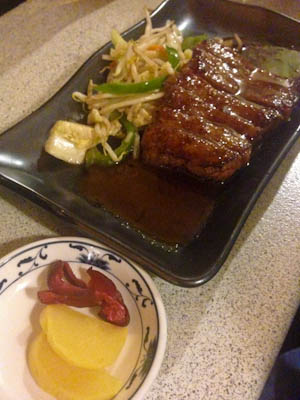 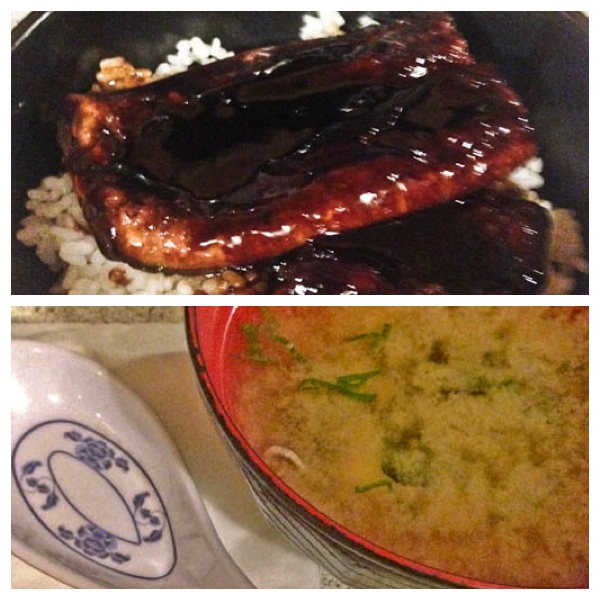 Top: eel on a bed of rice; bottom: miso soup (no kidding?)

I can’t help but order eel when I go to a sushi restaurant, so guess what? Eel on a bed of rice FTW! The dining companion had the beef shogayaki set, which were thin slivers of beef in a light ginger sauce, accompanied by rice (separately) and miso soup, plus pickles. We also shared a raw tuna starter – or dessert, for it came so long after our mains we assumed they’d forgotten it, despite the fact that we were actually sitting where the dish was made (the sushi bar). Still, what’s not to like about raw tuna for dessert? (I’m not even being all that sarcastic – it was indeed rather tasty.) 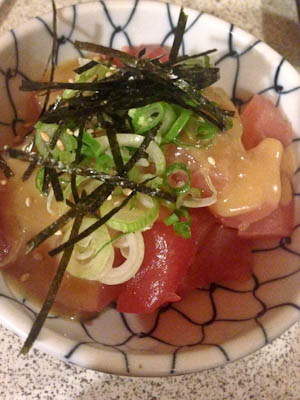 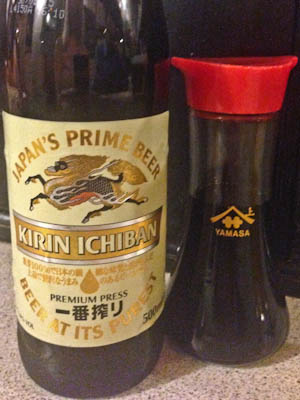 Around £30 for a filling meal for two people including two large bottles of Kirin – it’s good value for rather special food and very friendly service. The decor is rather ‘old hat’ but that just adds to the experience.

Highly recommended – but do expect it to be busy.