You are here: Home > London Transport > Getting Around London by Underground

Getting Around London by Underground

Ahhh, the famous London Underground – or the Tube to give it its “London” name. The oldest Underground system in the world, and apparently one of London’s top tourist attractions, travelling around London by Underground is an absolute must. Londoners are often less than complimentary about it, but that’s another story…

The Underground system is very extensive as you can see on this London Underground map. There are 11 Underground lines (although the map also shows the Docklands Light Railway (DLR) and the London Overground), and using them is pretty easy as long as you know which stop you need! Try to avoid travelling during rush hour (approximately 8am – 9.30pm and 4.30pm – 6pm) unless you feel the need to share the typical London worker’s experience of being squashed into Tube carriages with little room to breathe, let alone move.

The Underground operates from about 5am to about 12.30am Mondays to Saturdays; 7am to 11.30pm Sundays although this varies by line and by station. It is therefore best to check at your local Underground Station where they will have a poster telling you the first and last trains. Late in the evening, most stations also show a whiteboard that tells you the times of the last trains to depart. 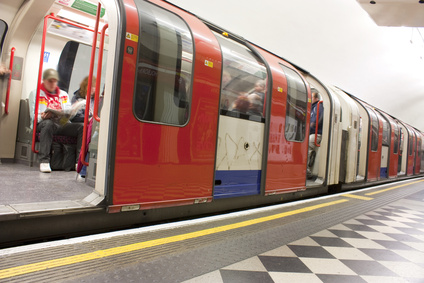 If you’re travelling in summer, Underground trains tend to get very hot. The only Underground line that currently has air-conditioning is the Metropolitan line on its shiny new trains, although the London Overground also has it. Air-conditioning should also feature on new trains on other lines, although (understandably) the lines that aren’t deep level, such as the Circle and District Lines. Make sure you carry a bottle of water.

Also note that the Underground network is experiencing a number of well-needed upgrades to its lines and stations. A handful of stations may be closed but – more likely to affect your journey – is that some Underground lines tend to close during the weekend for engineering works. Different lines are closed on different weekends – it’s advisable to take a look at the Transport for London website for details of planned upcoming engineering works. If you can’t access the website when you’re in London, check for details at your local Underground station. They will usually have posters announcing which lines will be affected that weekend.

Saving money when travelling around London by Underground

Our top tip – get an Oyster card! We explain what that is, why it saves you money, and how to get one here.

Otherwise, you can also purchase daily (or weekly, or monthly) travelcards to use on the Tube. But it’ still better to get and use an Oyster card…