Open House London is truly one of the best weekends of the year in London (for nosy-parkers, at least), giving visitors a peek into many buildings, areas and spaces that are normally closed to the public. This year’s event – which took place this weekend just gone – snuck up on me a bit for some reason; I’d forgotten to check on the listing of open buildings until last week, so many of the most popular and exciting, balloted events had long stopped accepting ticket requests by then. Ho hum.

Anyway, fear not, Open House London of course also has plenty of first-come-first-served events open to all! Having been part of the ‘Battersea Power Station Debacle 2013’ (lots of people turn up…lots of people get turned away), on Sunday I opted to visit the Crossrail site at Canary Wharf. The weekend had also seen other pre-ticketed Crossrail site events, but the Canary Wharf one was more of a traditional queuing-up situation (this is England, after all). We turned up just before 10am to see a queue of about one hundred people; less than twenty minutes later on an exceedingly windswept street (a skyscraper side-effect?) we were in! The best kind of queue, really – the satisfaction of a bit of ‘hard work’ but not much time wasted. 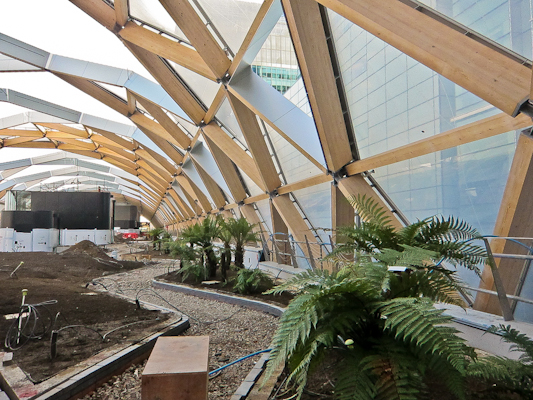 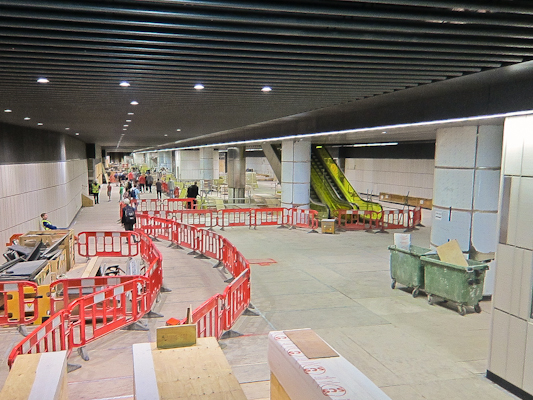 Down into (what will be) the ticket hall 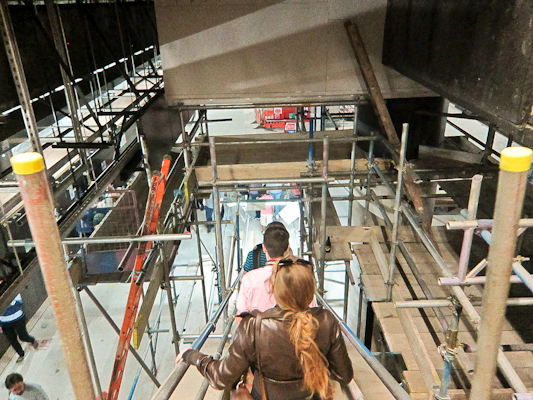 Down to the platforms 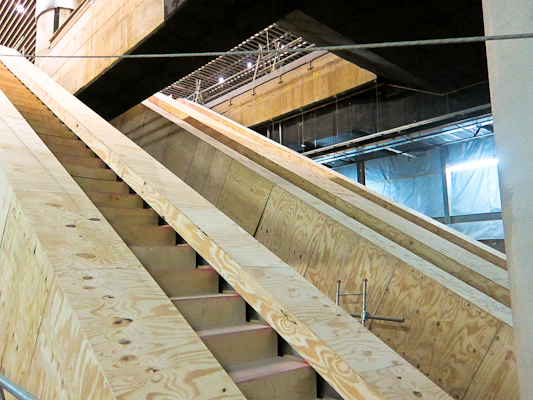 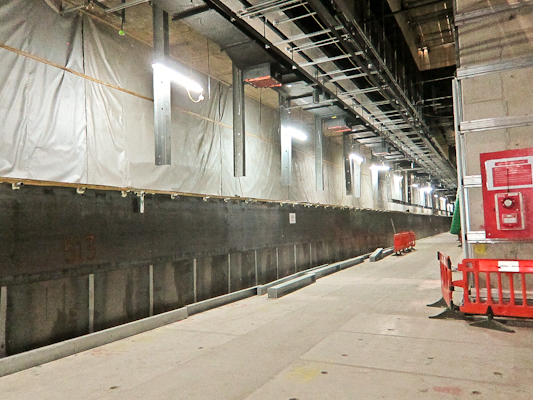 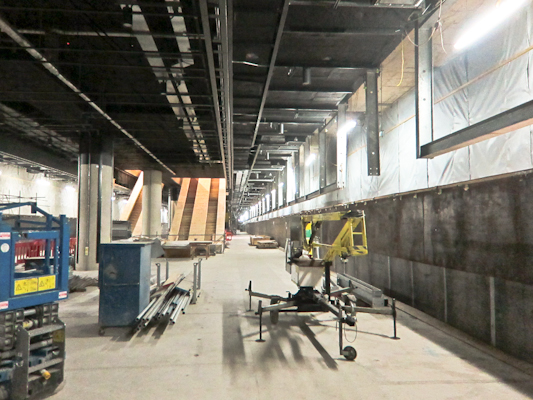 The visit to the Canary Wharf Crossrail station building started off with the above ground floors – where, in apparently a year’s time (in advance of the train line operating) a shopping centre will open. Everything at the moment is all concrete, building materials here and there alongside bits of machinery, although the roof (designed by Foster + Partners) is beautiful. Up here, there’s even the beginnings of what’ll be a lovely indoor garden. That’s a true statement instead of some weird inside joke – there will be an indoor garden. But at the moment it mainly consists of a bunch of sad ferns.

We then went down a ‘couple’ of floors via a very long escalator (of course, not working yesterday and covered up with wood) into what will be the ticket hall. The space is reminiscent of some of the large stations on the Jubilee line extension with an amazing amount of space for all the commuters.

Then down another floor to platform level! The tracks will be were quite heavily boarded off, but the whole area certainly had the look of a proper underground (small ‘u’) train station. Once again, the space was incredibly large – and with each Crossrail train being able to take 1,500 passengers, that’s no surprise. 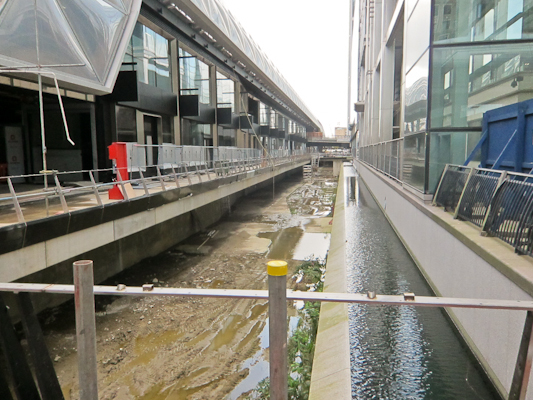 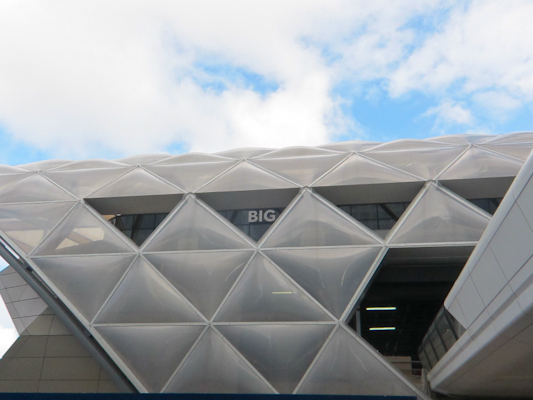 A brief tour of the site and probably most suitable for transport geeks (I’m definitely including myself in that) – but being able to see behind the scenes at what’ll be one of London’s major transport connections in a few years time was a incredibly unique experience. (AND then plenty of time to get some brunch. A perfect Sunday!)

It’s of course now a year until the next Open House London, but I’d strongly urge anyone and everyone to try it out come 2015. The event has so many fascinating buildings open to the public – from people’s houses (really – those of architectural fascination) to building sites; London landmarks (hello, 10 Downing Street!) to buildings you’ve probably passed hundreds of times before but have never been able to (or needed to) visit, such as embassies. Just make sure you plan in advance to try and get access to some of the more popular sites – and be prepared to turn up early (to beat the queues) for some others during the actual weekend.

But, best of all – it’s free! An awesome behind-the-scenes opportunity in London at no cost. What could be better?!