On an absolutely insanely rainy Saturday in London (honestly – it felt like being in the tropics at times), Camden Town Brewery hosted a wonderful Tank Party, bringing beer, BBQ and…err…beautiful times to the North London masses. London Budget popped along!

It’s never a good sign when you have to abandon a twenty minute walk because it’s raining so damn hard. One of those occasions when the umbrella keeps only the very top of your head dry whilst the rest of you gets entirely drenched and you stare despairingly at the newly formed rivers flowing down the street. It’s for these reasons that I had to jump in a taxi (yes, I know – not exactly budget friendly) to turn up at a brewery. But what could I do? I certainly hadn’t planned on swimming there. 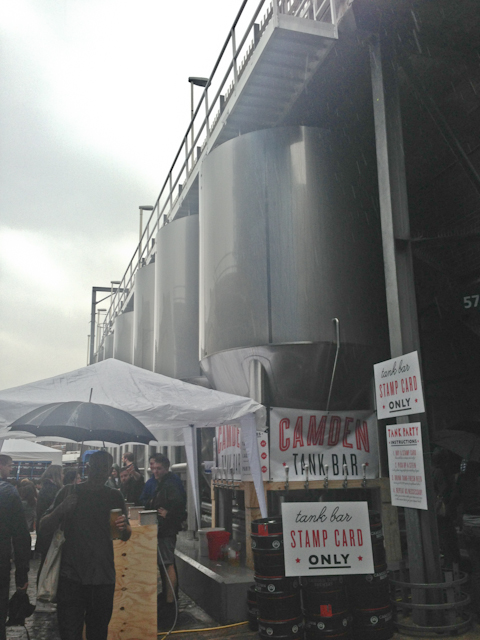 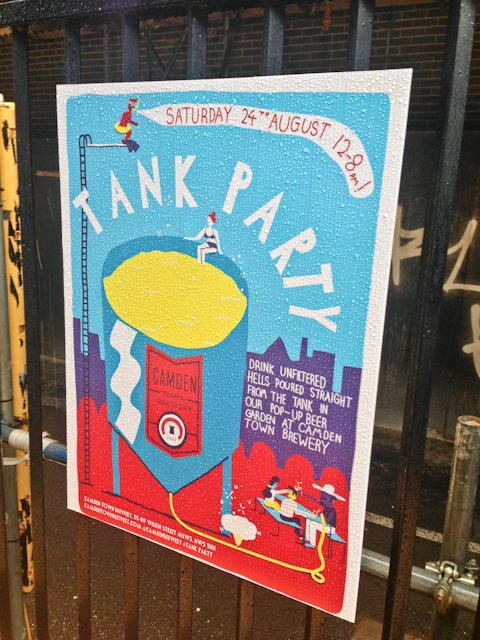 The Tank Party at Camden Town Brewery was just as it sounds – a party in celebration of the Brewery’s giant beer tank, to which they’d connected beer taps to be able to pour unfiltered beer straight out. But, with all that beer, you need food too – right? Appropriately enough, an assortment of BBQ stands including Texas Joe (the guy from Dragon’s Den!), Miss P’s BBQ, Prairie Fire BBQ and food from the Brewery’s pub, The Horseshoe. The Brewery’s Bar was also open, serving up many of their usual beers.

There’s no way to beat around the bush – the rain literally put a dampener on things. Although there were some marquees set up, not least over the food, and space in the bar itself to keep dry, it would of course have been far nicer to have everyone spread out (or barely spread out -as I’m sure it would have been entirely rammed!) over the cobblestones in the Brewery’s courtyard.

Still, we’re British, and what do the Brits do better than stand in the rain in summer, still having (or trying to have) a good time? With our steins picked up at the ticket table and a ticket of four pints purchased, we made our way to THE TANK. This vast beer-filled vessel rose high into the sky and looked amazingly impressive – more so when you consider that beer is being poured straight out of it. (More of less.) I’ve got to wonder how much of a dent us drinkers made in all those many litres of beer – I hope we did well!

A pint in, we decided to try some of the food. I opted for the beef brisket from Prairie Fire BBQ which came served as a healthy portion (i.e. spilling out all over the place) in a bun with a smokey sauce on top, alongside some barbecue beans – good value at £5.50 and supremely tasty. My fellow Tank Party goer surprisingly had the same thing (he said he was opting for a chilli dog! Tsk), but from Texas Joe. Just as at finger-lickingly tasty. 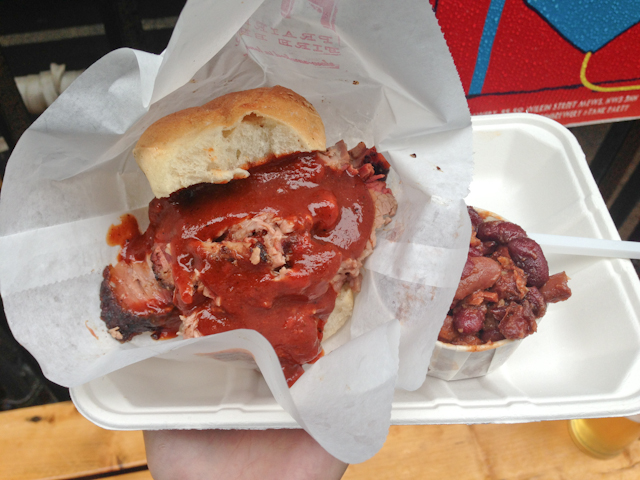 Two pints in was about all we could handle, but that was entirely down to the weather conditions – which was such a shame! I mean, it’s never a good sign when you go to a party and start longing for a bath because you’re feeling so cold. (Admittedly, that’s the first time this has happened to me. Hopefully the last too – otherwise that mean’s there’s some strange parties a-coming my way.) 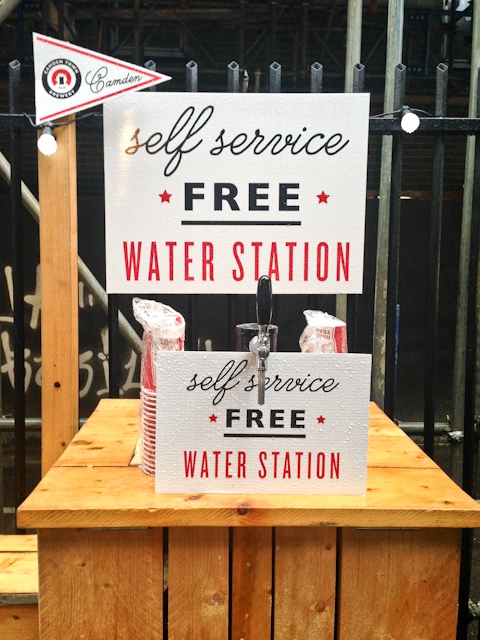 But there’s free water falling from the sky! (Actually, this was a really good idea.) 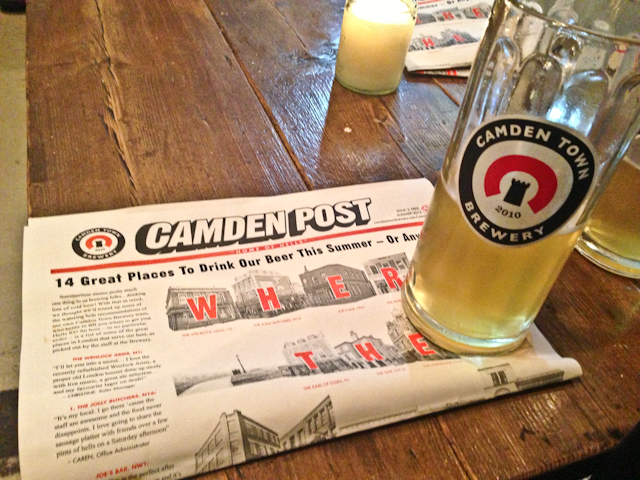 Catching up on some reading in the indoor bar

If Camden Town Brewery hold something similar I’d highly recommend coming down. Great atmosphere, great beer, and great food on offer. You can of course visit the bar at the Brewery three days a week (Thursday – Saturday) every week.

If you do head down, make sure you grow a really long beard. So many male punters at the Tank Party seemed to have epic facial hair. It’s obviously not required, but maybe it helps you enjoy the beer that much more.