By Anna on March 21, 2013 in London Transport, Royalty, The Underground

Yesterday saw a special Royal visit to Baker Street Underground station, during which The Queen, Prince Phillip and the Duchess of Cambridge visited one of the oldest Underground stations as part of the celebrations marking the 150th anniversary of the London Underground. During their visit – as well as the Duchess comically being gifted a ‘Baby on Board’ London Underground merchandise badge, the party inspected a restored 1892 Underground carriage, as well as one of the modern S7 trains that are being introduced on the Hammersmith & City, Circle and District Lines. This particular train was, in fact, named Queen Elizabeth II in Her Majesty’s honour.

(When I walked through Baker Street station in the morning as part of my usual commute, the very high police presence and the fact that some of the Metropolitan Line platforms were cordoned off alarmed me a little – but thanks to doing a Twitter search, I was quickly able to verify that nothing terrible had happened, it was just in preparation for the royal visit.)

Walking through the station in the evening, I was pleasantly surprised to see that both the historic 1892 carriage and the modern S7, Queen Elizabeth II train were still parked in the station. I wasn’t the only one to get my camera (well, my phone) out to start snapping away at this remarkable carriage.

Hanging around to take a few last snaps, an Underground worker (unfortunately nameless, but thank you very much Mr Underground worker!) approached me and two other photo-takers asking if we wanted to see inside. DID WE?! I’m personally very interested in the Underground and its history, so was incredibly happy to just see this carriage…let alone be able to go inside!

This first class carriage has been restored to the highest standard (more about the restoration here), and really gives a fascinating insight into what travel must have been like on the Underground in the late 19th century. (Well, if you were a first class passenger!) Plying the Metropolitan Line at the time, this would have taken people out to the suburbs of northwest London and it, to me, is very much like a train carriage – albeit nothing that we would recognise today – rather than an Underground one. The carriage has a number of separate compartments, with red velvet seating across the width on either side, and I understand that each first class compartment would have sat four people across either side. A couple of lamps are afixed to the sycamore ceiling (used for the reason of being light), whilst the smart windows and doors with leather trim ensured passengers could watch London roll by. The Queen’s comment (click on the news report link above) on the carriage was “very smart”, and I couldn’t agree more!

This carriage will be part of a special Steam Back on the Met weekend (25th – 27th May 2013), for which you can purchase tickets to ride on a steam train on the Metropolitan Line! Having gone on one of these weekends in the past (when a 1938 stock train ran on the Piccadilly and District Lines), I would say that it’s well worth trying to get tickets for – it’s such a unique experience.

Here’s a few photos of the trains at Baker Street yesterday: 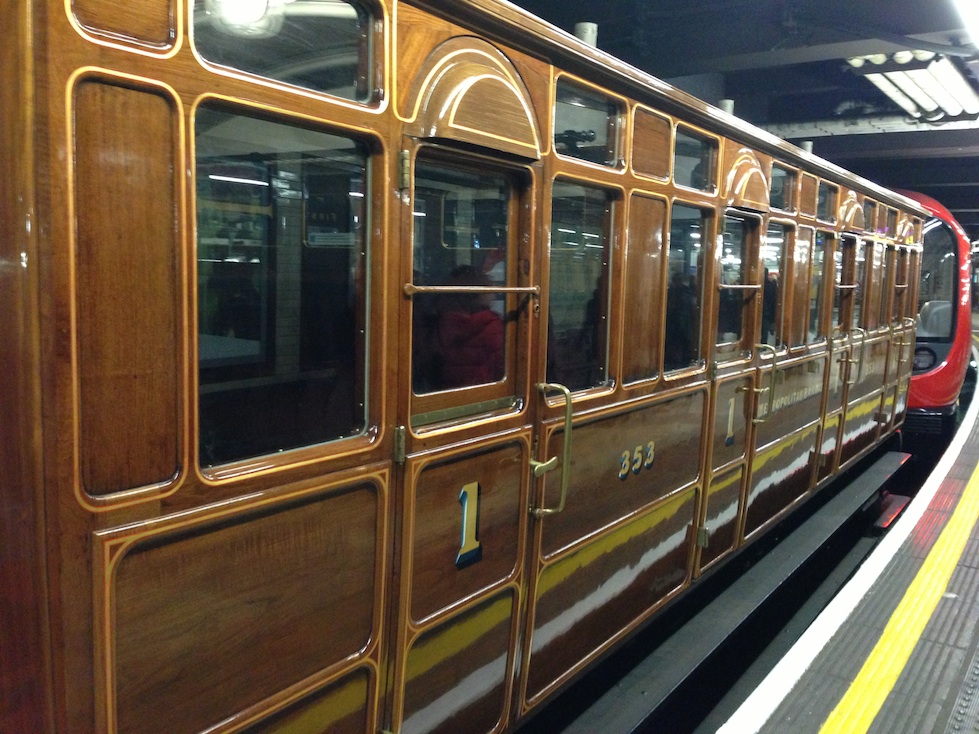 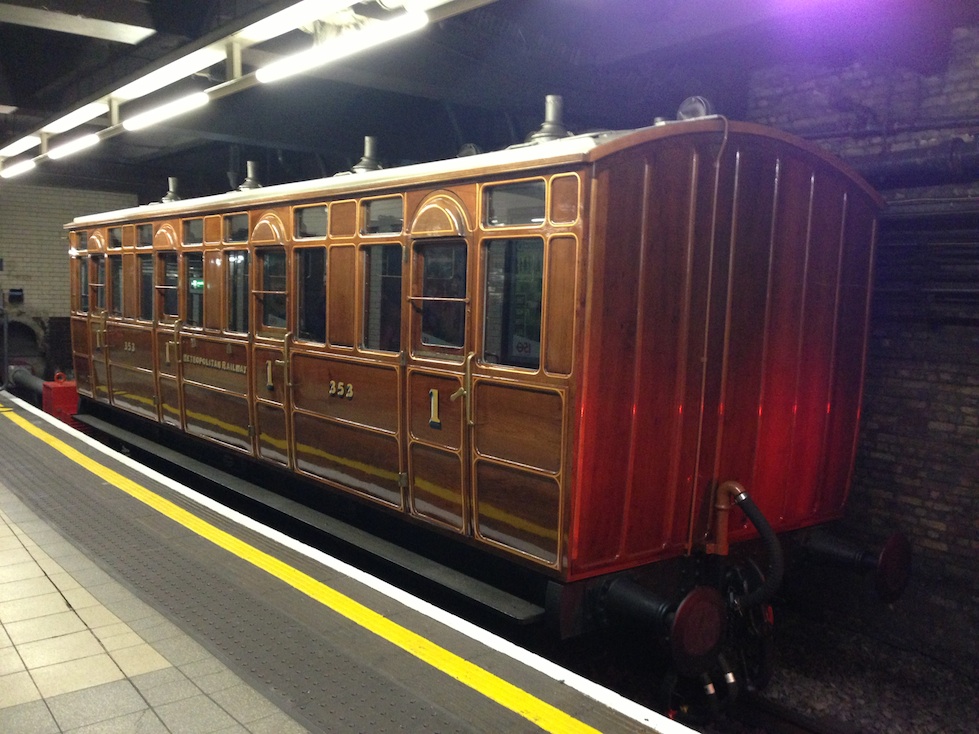 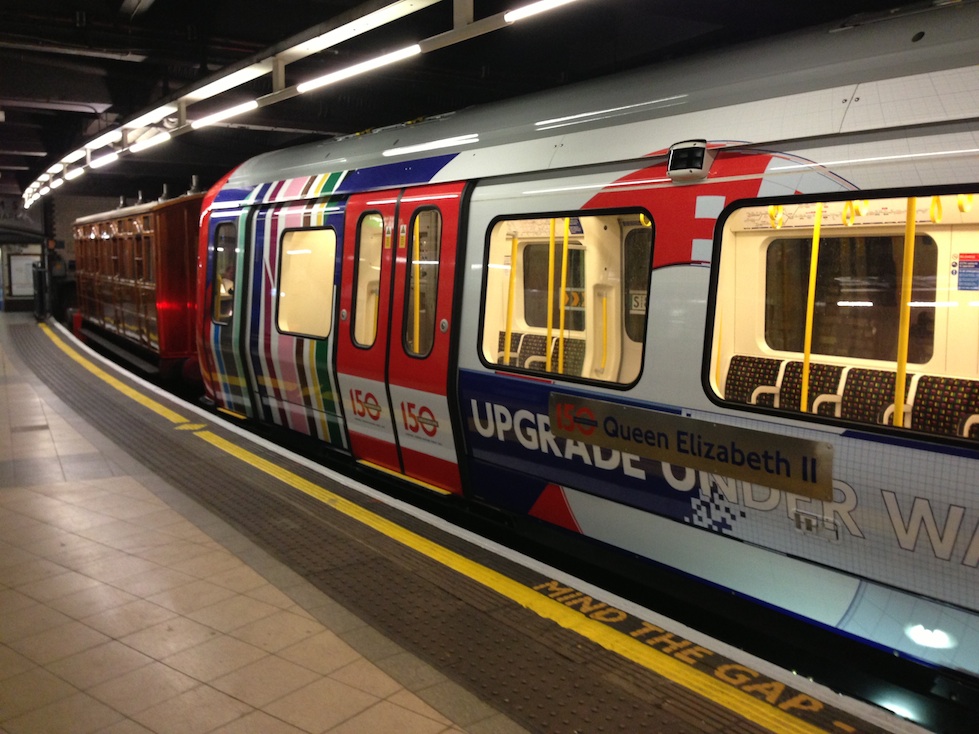 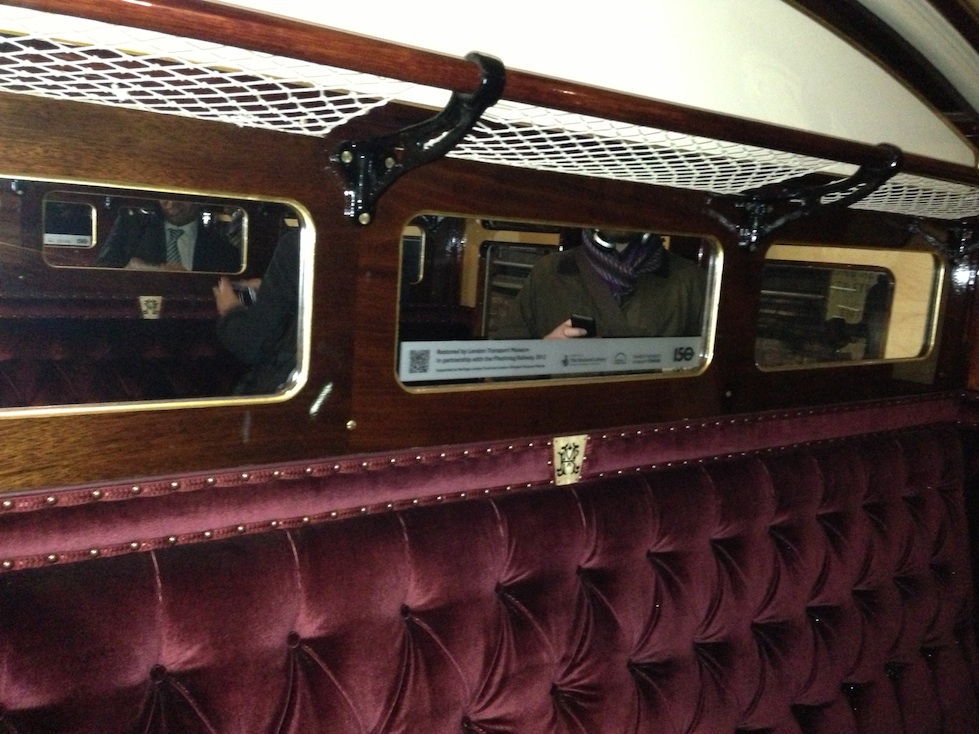 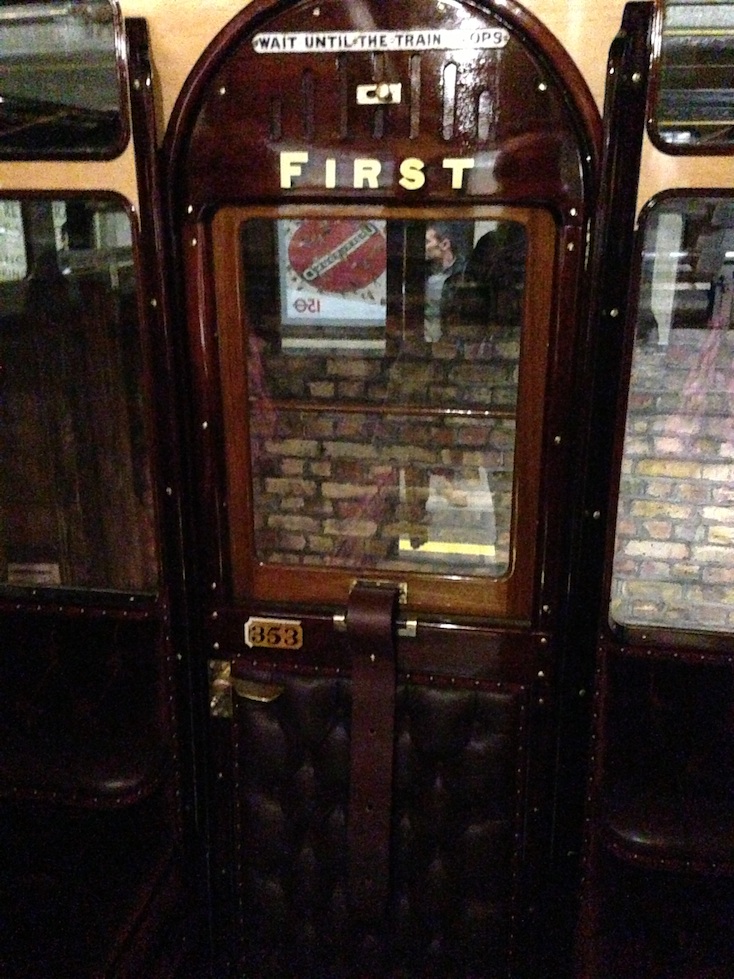