You are here: Home > Areas of London: Visiting The South Bank

The South Bank – running alongside The River Thames, of course – is one of those glorious bits of London where you visit and walk along thinking “I LOVE London!” This part of London seemingly has it all – amazing views over the London skyline, from historic to modern; the quirky (the skate park; Royal Festival Hall goings-on, art installations); the food (food stalls and restaurants); the ways to part with your cash; the artsy (the Tate Modern, namely); the historic and the romantic (you’re by the river and IT’S PRETTY!). If you want to spend just a few hours taking in London, you could honestly do a lot worse that a walk along the South Bank. 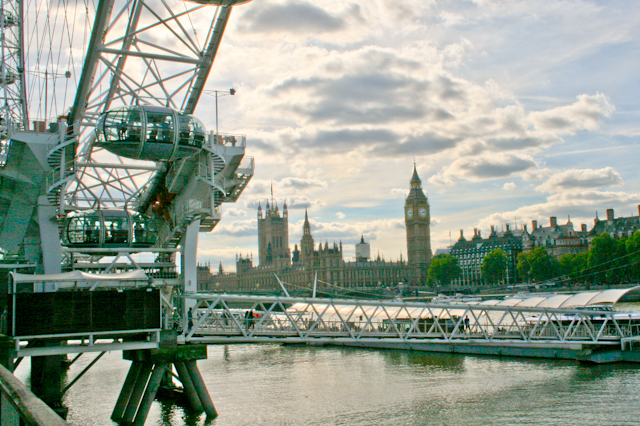 The Houses of Parliament and Big Ben…and the London Eye

I like to start my South Bank walks from Westminster. Okay, so Westminster isn’t on the South Bank. But the tube station conveniently is, so travel to there, marvel at Big Ben and the House of Parliament just outside and then cross over Westminster Bridge to get south of the river. Then marvel at those two London landmarks from this new viewpoint, too. (You’ll be doing a lot of this.) This point of the South Bank is home to the London Aquarium and the London Dungeon, as well as the London Eye which basically means TOURIST CENTRAL, especially so on the weekends. I’d skip (push?) past these people…ahem, attractions…and instead make your way to Jubilee Gardens, right by the London Eye. First established in 1977 for the Queen’s Jubilee, the gardens were totally transformed for Her Majesty’s Diamond Jubilee in 2012 and is now a rather smart and attractive space with large sweeping areas of grass, pretty greenery and a large-ish children’s playground. You can spend some time relaxing on the grass if it’s nice weather, but at least walk through the gardens and take in the aroma from the planted lavender. 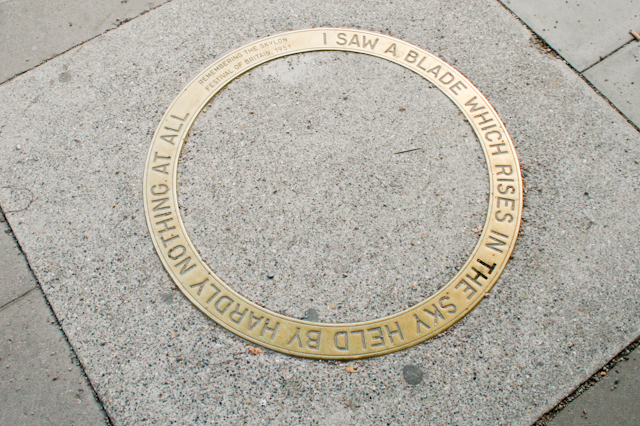 Remembering the Skylon of the Festival of Britain 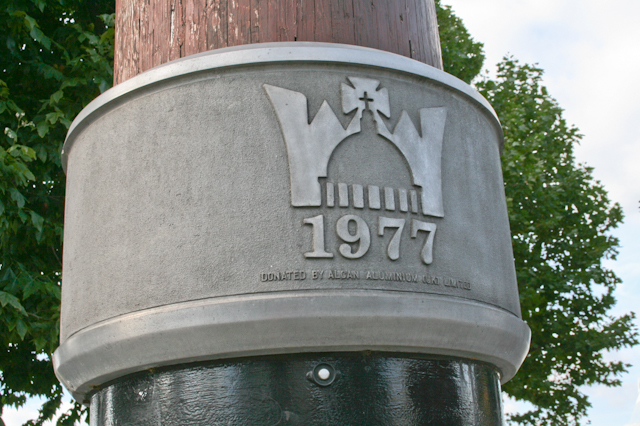 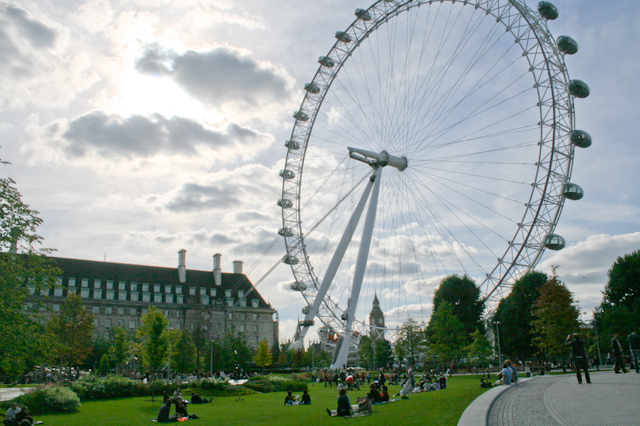 Jubilee Gardens and The London Eye

Just a little further – mind all the street artists as you go – and you get to the Southbank Centre complex. What’s there to do here? What isn’t there to do here?! As an arts centre, there’s theatre, music, dance, talks, comedy and more across the different venues making up the Southbank Centre (one of which is the Royal Festival Hall). The Centre hosts many free events (alongside ticketed ones, of course) so London Budget Tip check out what’s taking place on their website for a free bit of entertainment.

In and around the Southbank Centre are numerous places to eat. Most belong in the chain end of the spectrum, but most – also – are the kind of chains that Londoners love to frequent. And as you’re in such a pretty location, it’s hard to resist them! Giraffe is a great option if you’ve got kids in tow; every ramen-lover’s choice Wagamama is also there, as is Strada for pretty darn decent pasta and pizza options. Oh the gorgeous Mexican choice – which is my top tip (but then I’m gaga for guacamole and the rest) – of Wahaca. There are also assorted food markets by the Centre every weekend (Friday through to Sunday) in the summer months, as well as a Christmas market. 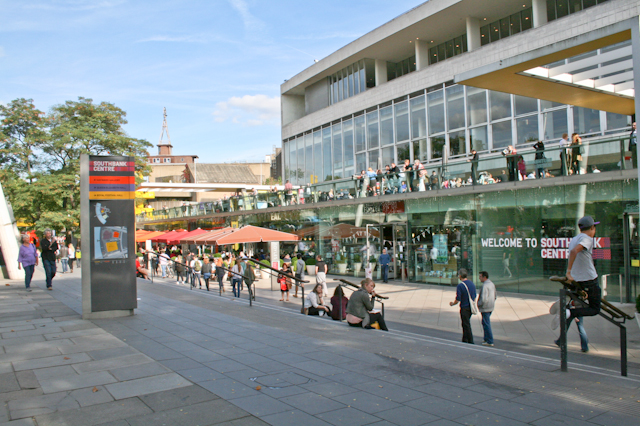 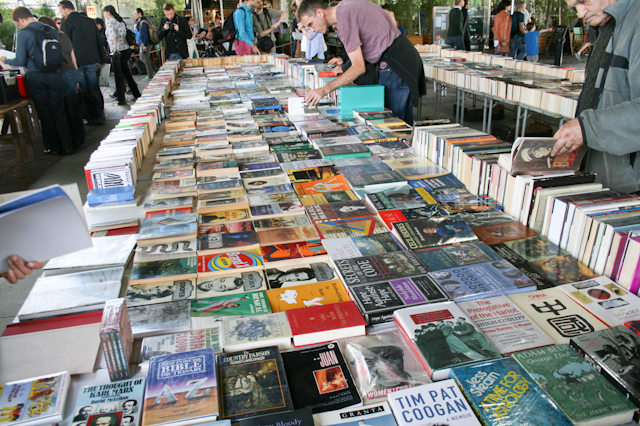 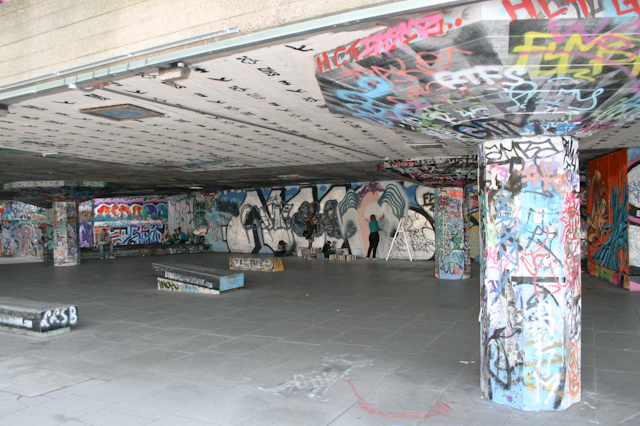 Here, you’ll also come across a rather famous skate park and artistic space. It’s currently under threat of redevelopment – which would see the skate park moving up the Thames a bit; make sure to take in the skateboarders and their fancily impressive tricks.

A real gem around these parts in the second hand book market that sits underneath Waterloo Bridge. I’d highly recommend you taking some time to walk around the tables. There’s all sorts here – recent releases (though still second hand, of course), antiques, first editions, maps, oddities. You’re bound to find something of interest. And I bet it’s something you never knew you needed.

A few steps further – lo and behold, what’s this? A sandy beach! By The Thames! It’s true. Whether or not you delight in it probably depends on the season (or whether you’re brave…or foolish…) but it’s still quite a remarkable sight. On land, at this point on the South Bank is Gabriel’s Wharf, a dinky collection of little retail spaces and more good, budget-friendly places to eat including sandwiches, pizza, crepes and pies (PIES!) from Pieminister. 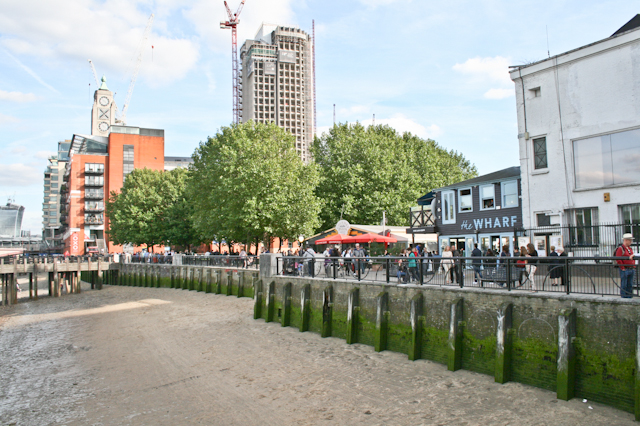 Gabriel’s Wharf to the right, Oxo Tower Wharf straight ahead and a sandy beach right in front of you! 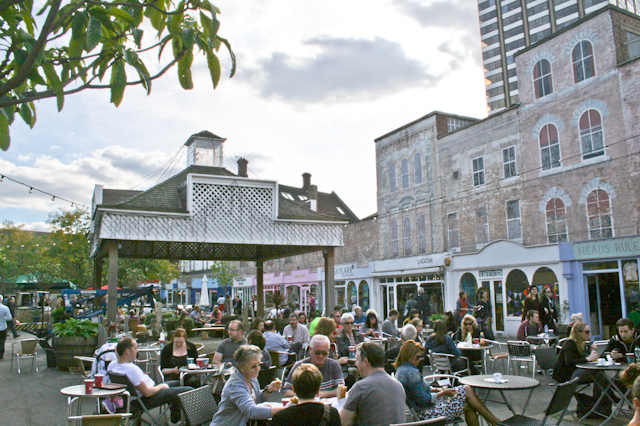 A little further and you reach the Oxo Tower Wharf and the Oxo Tower itself. Whilst the latter is home to one of London’s best restaurants (not budget-friendly…but surely very suitable for a special occasion), there’s plenty to explore around the Wharf buildings as well. Wander in-river a little to stumble across some unusual artistic delights. 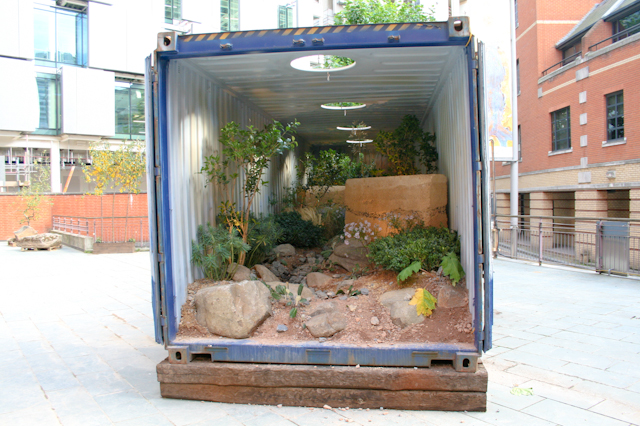 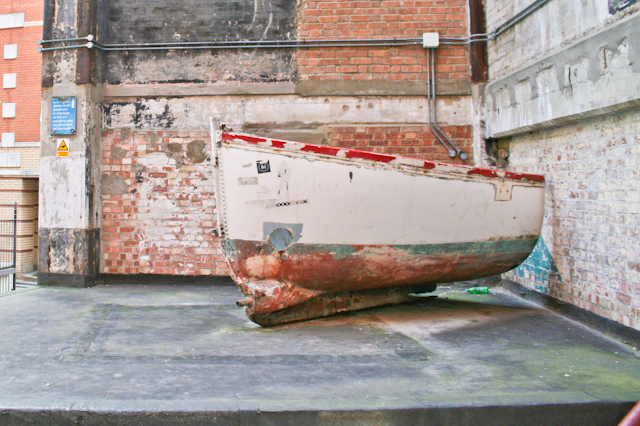 Oxo Tower Wharf – Half a boat

At this part of the walk look out! Across the river! There’s a fine view in front of you, from old to new – St Paul’s Cathedral and some of London’s more modern skyscrapers, including the Shard and the Walkie Talkie building. 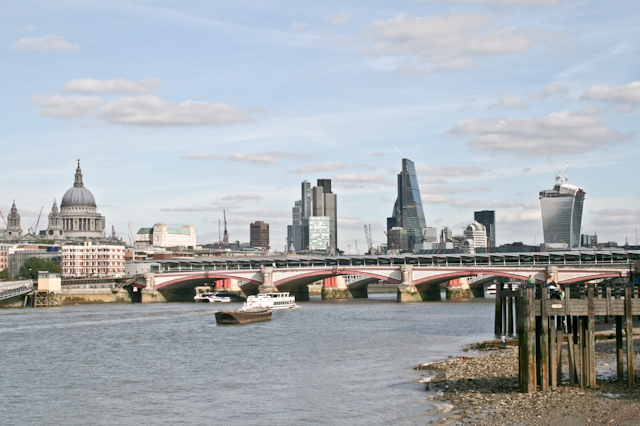 London’s skyline – with St Paul’s Cathedral, The Shard and The Walkie Talkie

You’ll next come to the very excitingly new Blackfriars train station – with the platforms themselves actually located on the bridge. Get that! (Station exits exist either side of the bridge, in case you’re wondering how people get out.) 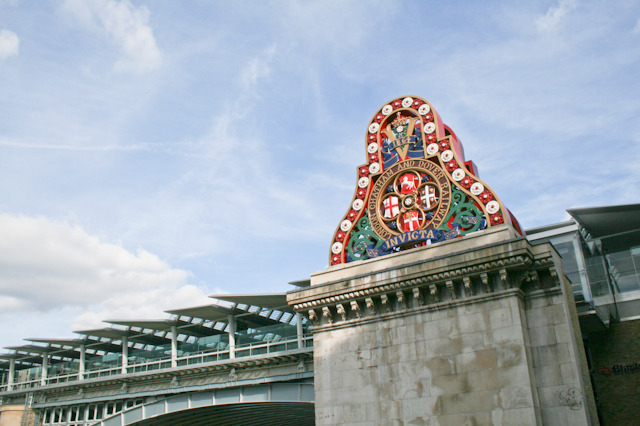 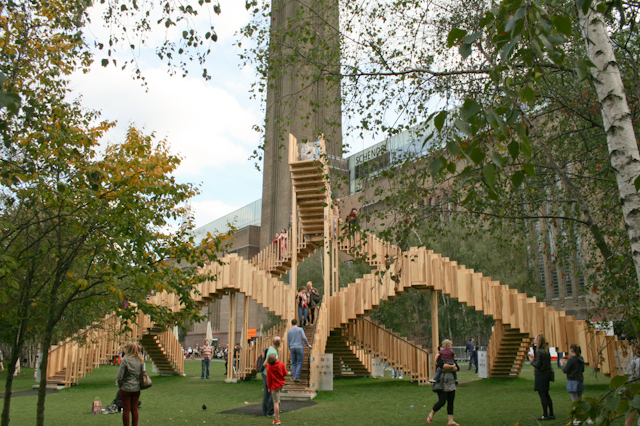 Here now is the supremely fine Tate Modern, one of the top London Budget Tips! Admission is free (aside from special exhibitions), and you can really spend hours wandering around. There’s also a rather pleasant large open space in front of the gallery, often with its own special attractions.

You’ll soon come to everyone’s favourite formerly-wobbly-bridge (it’s definitely number one on my list of bridges that used to sway), the Millennium Bridge. This is an excellent way of finishing a visit to the South Bank – cross over this modern spectacle on a path directly to St Paul’s Cathedral. But take a quick peek to The Globe Theatre on your right, before you depart. 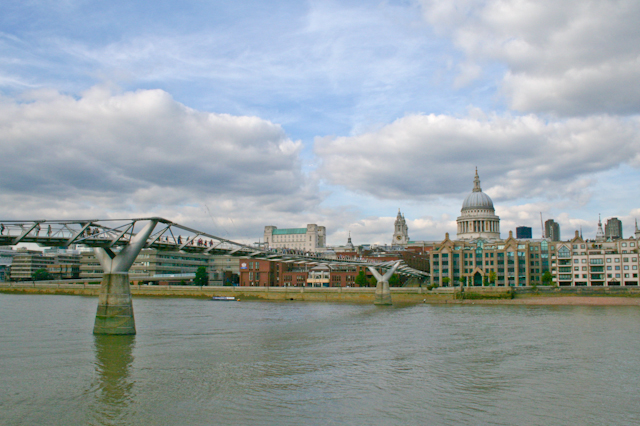 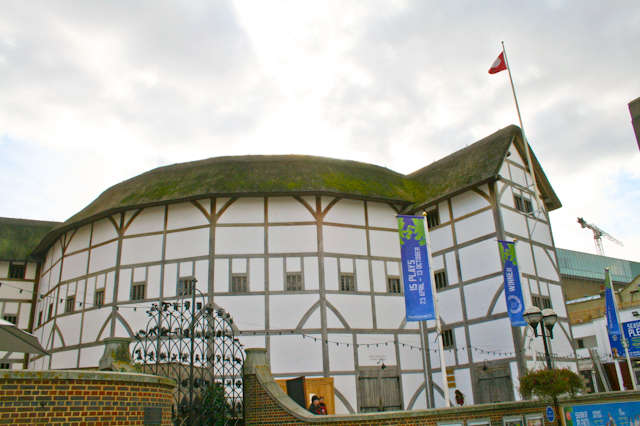 Sightseeing on The South Bank

Eating on The South Bank

Entertainment on The South Bank