If you’ve ever visited Germany you’ll know that, in amongst all the lederhosen, steins of beer, endless Scorpions songs on endless loop and giant statues of Jurgen Klinsmann on every street corner, there’s one very special food speciality that no visitor can possible resist.

This delightful meal is so simple, yet so special…so filling…so dignified! Well, as dignified as a sausage covered in sauce and curry powder can be. As such, it’s perhaps somewhat surprising that, in amongst all the ceviche, tortillas, giant burgers and ramen that have opened shop – multiple times – in London to enthral diners, currywurst is also making an attempt. Herman Ze German are trying to tempt some of the foodies away from Latin America and Asia to something a little more proudly European. 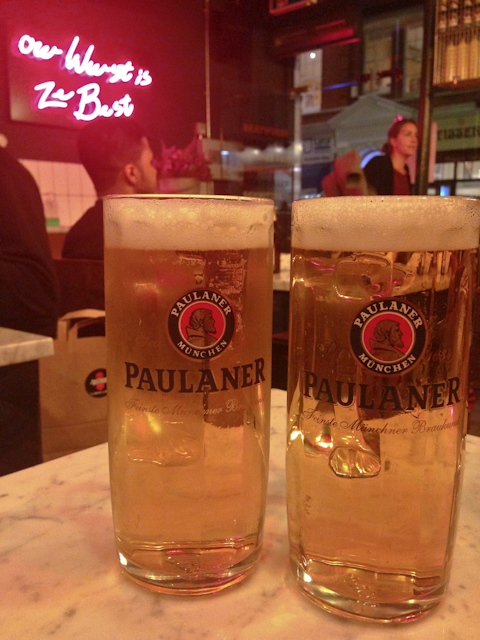 With a first premises tucked away in that stretch of road (or is it a road?) from Embankment tube station up to the Strand, they’ve recently opened a second site somewhere that couldn’t be more in the thick of the action – Old Compton Street. London Budget plumped for this location for a wurst und bier night out to review Herman Ze German.

The small restaurant – there can’t be seating for more than 20, and even that’s pushing it – is all modern and neon, very much like a nice and clean fast food place. Visiting at around 9pm on a Wednesday evening it was pretty sedate – apart from the surprising choice of Best Hits of the 90s blaring from the venue’s speakers. (No, don’t worry – it was the British version.) What it would be like to visit late on a weekend evening is anyone’s guess. High spirited clubbers? Still rather sedate? Who knows.

You order like the counter (yep, it is like a fast food joint – but then your food is brought to your table) and choose your favourite type of sausage (ahem) from bratwurst (pork and veal), bockwurst (smokey pork) and chill beef (beef and…yes, you’ve guessed it, pork). Then you choose your serving style – just with sauce (boo!), with chips (the classic!) or with a roll (the more conventional).

OH AND THE MOST IMPORTANT THING…you also get to choose your currywurst sauce strength – mild, hot or burner. (Yikes!)

We opted one double portion (wurst-tastic!) – which means two sausages – with hot sauce and chips and a single wurst with mild sauce and a roll. Oh, and a side serving of sauerkraut on my single portion. Because I really, really, really love sauerkraut. (No, really.)

These fat sausages are supremely filling – and yes, tasty, natürlich! The sauces are on the spicy side, including the mild option – if you’re a big girl’s blouse, then I assume you’ll be gulping at your drink and blowing your nose every two seconds. (I was. But then I do these things anyway, currysauce or no currysauce.) 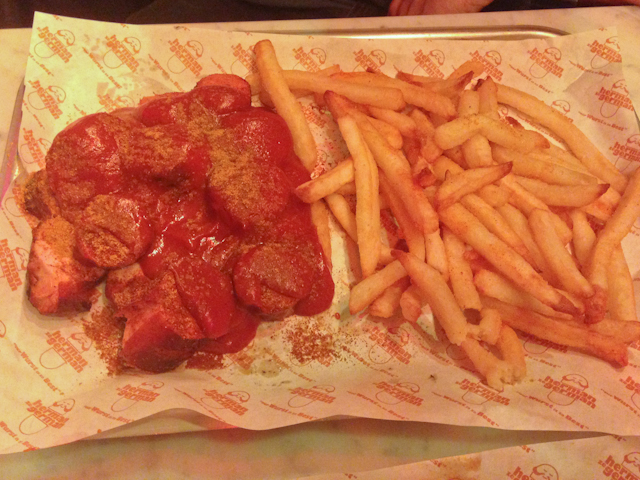 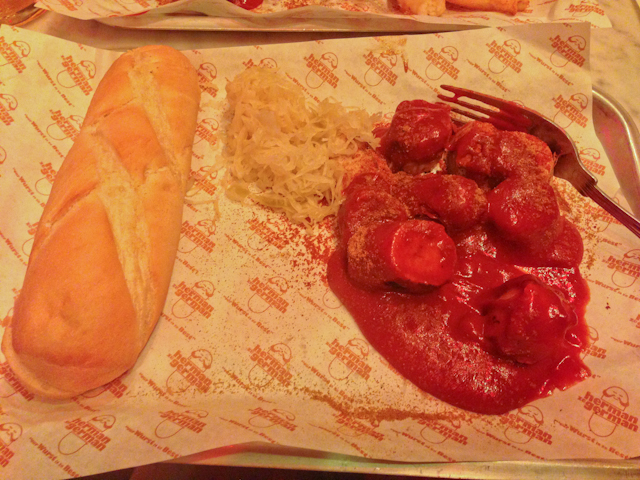 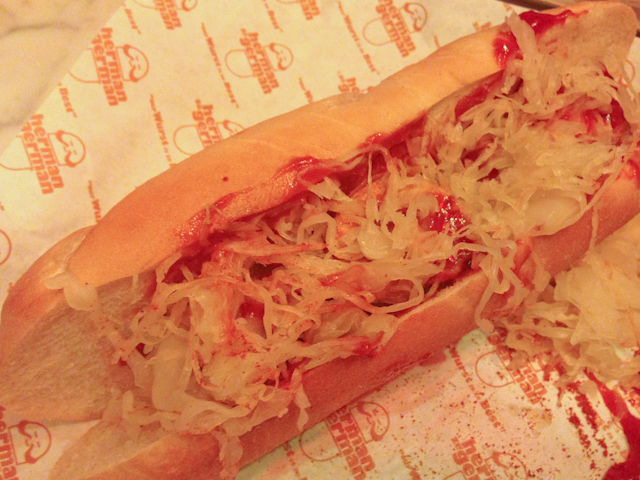 The chips were…well, fine…and the sauerkraut was equally acceptable, if presented as a slightly small portion size.

You can’t have currywurst without a stein of beer so we…had steins of beer. Big ones. Paulaner. Yum. Just the thing to wash down that spicy sauce. 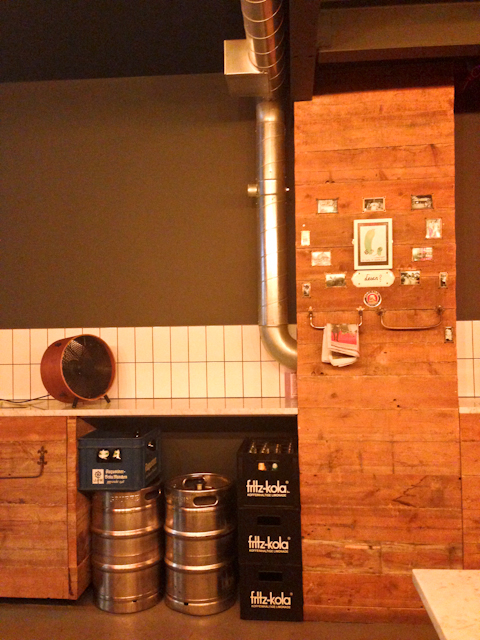 All neat and tidy 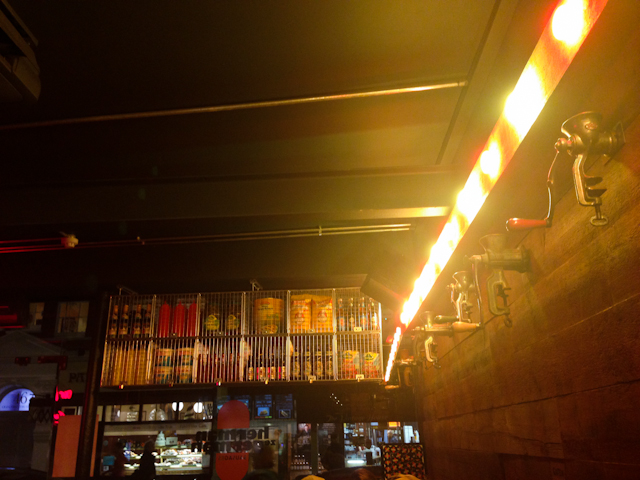 This definitely is fast food in setting and ambiance, and you’re unlikely to linger too long once you’ve gobbled up your food. But clocking in at £23 for two mains and two beers, it’s not exactly fast food prices. There’s no ’99p menu’ here. So, it’s not super budget friendly for what it is, but it’s not too wallet busting for a quick and filling meal.

By the way – does anyone else think of TV show Men Behaving Badly when they think of Herman the (or ze) German…?