London Budget has a bit of a thing for Latin American cuisine. Let’s not go into the whys, but let’s just accept this as fact. So when London Budget came across the information that a Chilean cafe-bar-restaurant named El Vergel exists in Borough, London Budget could barely wait a second longer and demanded an outing. Even if it was to some otherwise unexciting road in Borough. So here – the El Vergel review.

As I’ve mentioned, El Vergel is situated in a somewhat desolate bit of Borough. Now, in all seriousness, I know little about Borough. I’ve barely ever been there. Which makes my decision to host my 26th birthday in a pub there somewhat baffling.

I digress. When you walk to or from El Vergel, there’s not much else to see. The odd pub or shop. Some kind of fitness place. Lots of housing. But then, almost when you’ve given up hope, El Vergel appears as some kind of Latin American oasis. In a large, open-plan and airy space, the restaurant is somehow sparsely decorated and vibrantly-so at the same time – the concrete walls and pillars have been scribbled on by many a former patron (it’s allowed!) and there’s specific Latin American touches and decorations everywhere. The canteen style layout is also very chummy – I can imagine the large tables are perfect for becoming best friends with other patrons over a few beers. The open kitchen – seemingly staffed entirely by women (cool) – adds to the whole ‘this is almost like being in someone’s living room if they had a very large living room indeed’ vibe.

Service at El Vergel is a little hit and miss…and more miss than hit. We visited mid-afternoon on a Sunday, about an hour before closing time. Waiting at the door for a few minutes, no one acknowledged us. There was, however, a lot of activity at the bar area, with a number of customers getting up to place their orders there. Oh…is this a sit-yourself-down, find-your-own-menu, place-your-order-at-the-bar kind of place? Turns out it isn’t…as we found when we found our own menu and sat ourselves down and then had someone rushing to our table to give us more menus. Some of the surrounding tables could perhaps have been cleared away of their long gone customers’ dishes a little quicker, too.

Each table was adorned with a little chalkboard urging customers to try their smoothies. It worked on me, because I then desperately craved their blackberry smoothie. Hmmm, smoothie… Only to be told they were out of smoothies. Oh. The less fun option of coke it is, then.

But, food, FOOD?! In amongst the more traditional Latin American fare that you might find elsewhere – tacos, namely – there’s superb value churrasco sandwiches with grilled steak, served on Chilean style bread. I opted for the one with avocado (palta) rather than cheese (queso), although cheese and steak – what’s not to love? Out a bun-like sandwich with a very generous stuffing of steak, topped with a generous covering of avocado. Simple, but effective. What’s not to love? 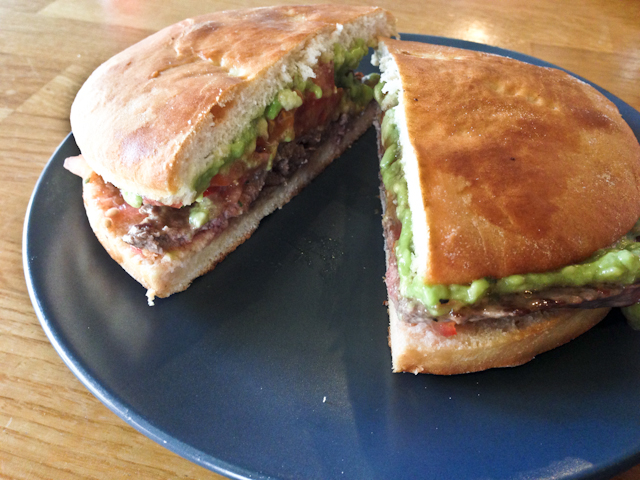 If you’ve ever met an empanada before then you’ll know that it’s love at first sight with these savoury pastries. Amongst El Vergel’s four options, we tried the cheese one – all gooey goodness – and meat, which came served with some salsa. Delicious, and great value only £3 per pastry. 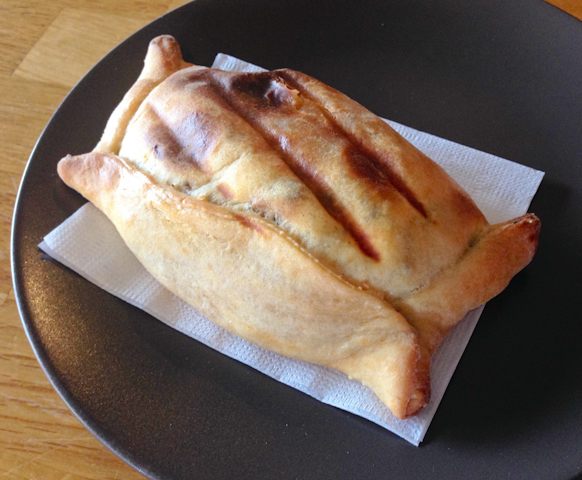 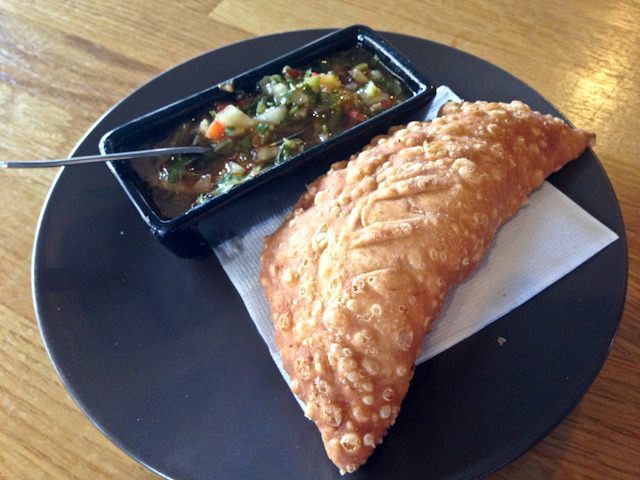 There’s plenty of salad options which seem to veer more towards the Mediterranean side of things, plus breakfast options, both Latin American-esque and more typical ‘first meal of the day’ – yoghurt and muesli, smoked salmon and eggs on toast. I hear the cheesecake, for dessert, is also divine. 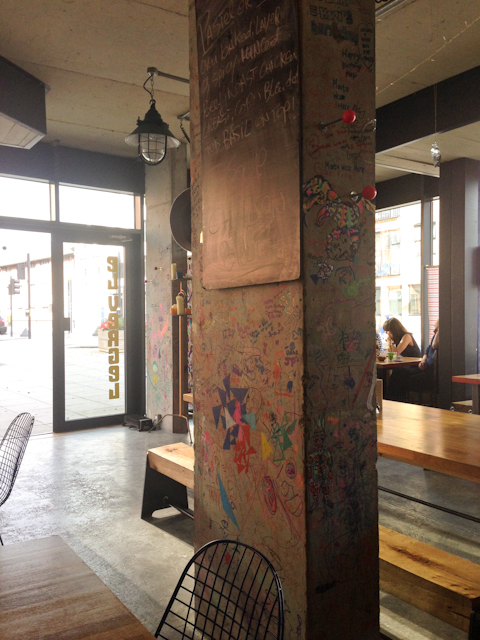 So, El Vergel. Service is a little hit and miss, but the traditional food is superb – and fantastic value too. It’s a little out of the way for most, sadly – but if you’re visiting the South Bank, London Bridge or perhaps the Tate Modern, it’s not too far of a walk to enjoy some tasty Latin American treats.