Now here’s a complete departure from the norm. A recipe. On London Budget. But seeing as this is such a money-saving tip, I couldn’t not share. Even if it involves cooking.

Right so, a recipe for kale crisps. I know what you’re thinking – “Hi there, Gwyneth! Didn’t know you were behind this site. It’s a lot different to Goop.” But stick with me. Kale crisps are actually surprisingly tasty, astonishingly more-ish and ridiculously easy to make. And given that they’re not exactly cheap to buy – go to *ahem* a certainly ‘complete’ foods store in London and you’ll barely get any change from a fiver for a rather small portion – it makes much more sense to make your own. 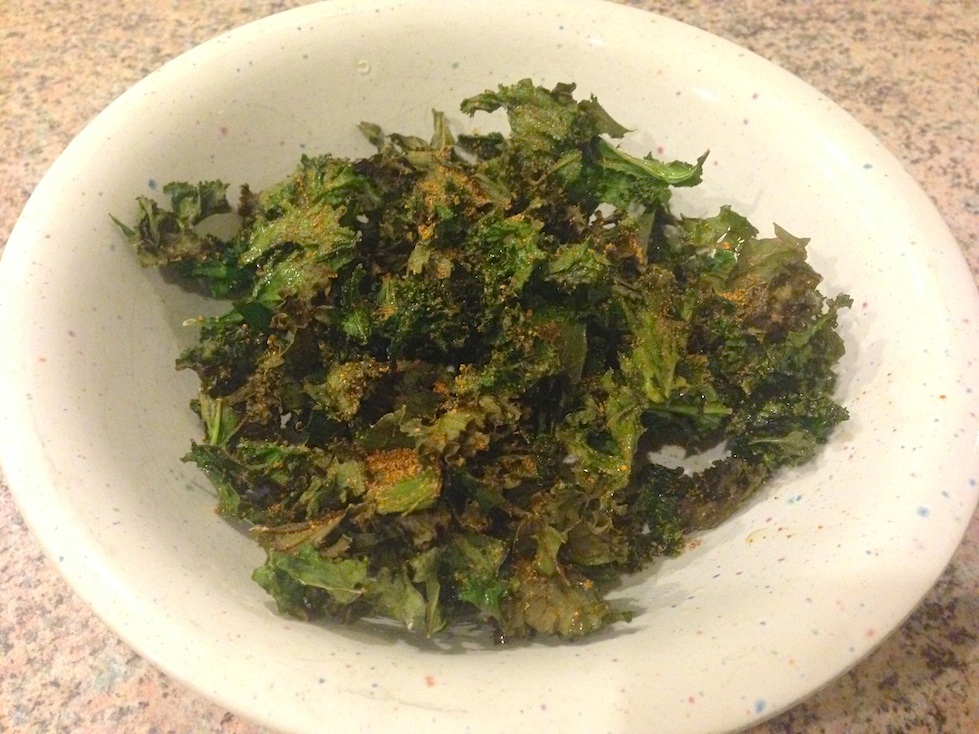 Kale (like, duh) – it’s easiest to get a bag of pre-washed and prepared kale from a supermarket that should only cost a pound or so. Get your kale from a market or similar, and it’ll be even cheaper
Olive Oil

We’re on to the recipe already? Yes – I told you this was stupidly easy to make.

1. Sort through your kale, ripping it up into bite-sized pieces. Chuck away any bits of stalk or any particularly hard bits. Note, though, that the kale will reduce in size when you bake it, so don’t make the pieces too small! You’ll see for yourself how much kale you can bake in one go – you probably won’t use all of your bag/bunch of kale.

2. Wash your ripped-apart kale. Then dry it really well – I’m told that a salad spinner works wonders for this. If you don’t have one, take a couple of sheets of kitchen roll and wrap some of your kale in it…then squeeze the liquid out.

3. Place the kale on a baking tray. Try to have it in one even layer, although it doesn’t especially matter if it overlaps a little bit.

4. Pour a tablespoon of olive oil all over the kale. Perhaps a little bit more if that tablespoon hasn’t quite gone far enough. 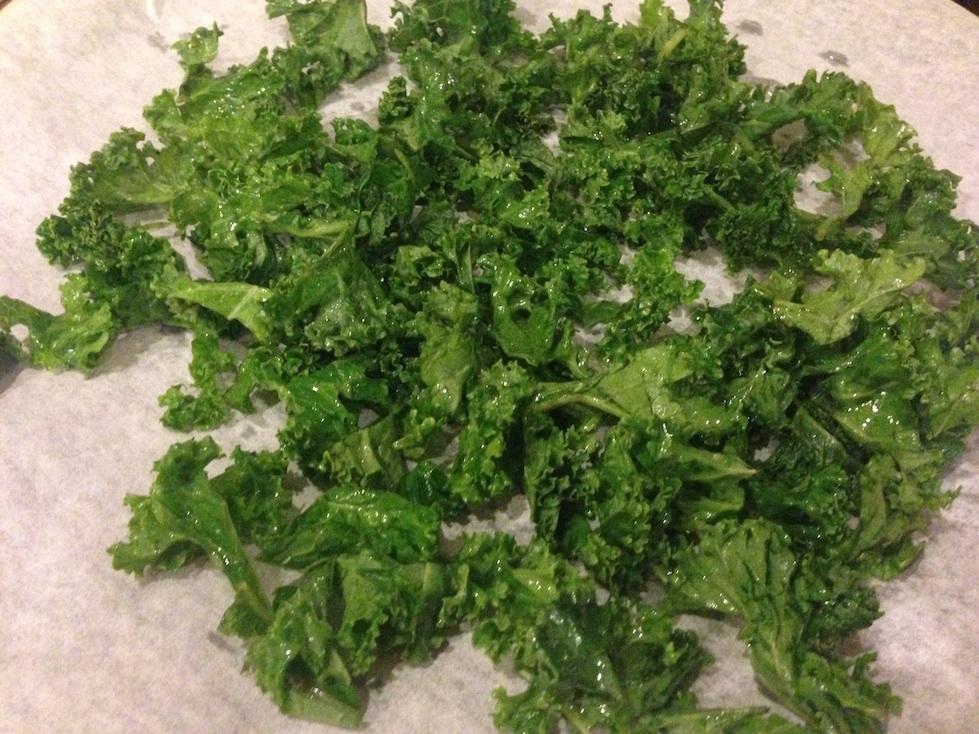 The kale on the baking tray, with a little olive oil on it

5. Bake in an oven at 180C for around 10-15 minutes. Keep an eye on it while it bakes, and shake the kale around a bit if you find some bits are getting browner than others.

6. Place into a bowl (or you might find it easier using a plastic bag or tupperware container for this) and then cover with your choice of topping – salt, paprika, curry power, chilli powder, lemon juice… The choice is endless. Whatever you fancy. I prefer not to sprinkle the kale with salt before placing it in the oven, as it can make the crisps over-salty.

There you go! Couldn’t be easier. And, as I’ve mentioned, one kale bag or bunch will make several batches of kale crisps.

Hey, maybe you should sell each batch for £5…?