You are here: Home > New in town: The Granary King’s Cross

Okay, so the The Granary King’s Cross isn’t 100% absolutely brand new, but it is newish. Sort of. And it has some new components (restaurants) to it. So there.

But, if you haven’t paid The Granary building or local area a visit recently, you will be really rather surprised by what’s there and how nice it is and (most likely) immediately proclaim that you’ll be back all the time and you’ll tell all your friends about it. (I know I did. Yes, I really did tell all my friends. Well, not all. Three.)

What was once the back end of nowhere is now home to a very smart square, the main part of which is the Grade II listed Granary Building itself, which was constructed in 1851. Once upon a time a storage facility for transport grain in England (the clue’s in the name), the building is now the new home of Central St Martins. It’s also home to a few hip and trendy restaurants – a very large and spacious branch of Caravan, and the Grain Store, a new restaurant from Bruno Loubet of Bistro Bruno Loubet in Clerkenwell fame. Just across the canal, there’s also Shrimpy’s, the Latin American restaurant that seems to have opened a canal-side bar just outside the main restaurant building to take advantage to the nice weather.

Just outside The Granary Building are several large fountains, the kind that shoot water out little holes in the floor at random intervals and patterns. On the super hot Saturday that I went, every child in the local area seemed to have donned their swimming cossies to leap about through the water. There were a few adults getting up to (good natured) water pistol high jinks, and the odd dog being dragged reluctantly through the water jets too. (By “odd dog” I mean a dog or two; there weren’t any strange looking four legged friends.) With a few deckchairs and tables and chairs set up, it looked like there were plenty of places for parents to kick back and relax whilst watching their little ones scamper about in the fountains.

Round the corner from the main square, King’s Cross Skate has been set up! My initial though was, “Ice skating? In this heat?!” – but no! It’s (retro) rolling skating, of course, set to loud pumping music and with its own bar. 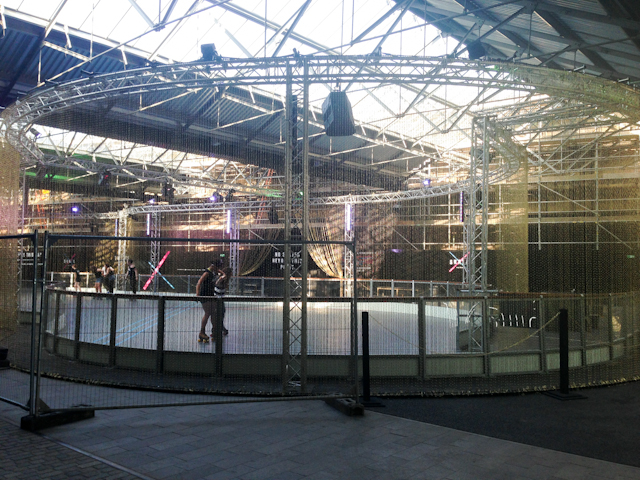 And if all that isn’t enough, a fake grass seated area has been set up by one part of the canal, offering up a lovely tranquil spot for a bit of waterside sunbathing.

Opposite the Granary Building, a viewpoint has been constructed to fully take in the Across the Buildings artwork by Felice Varini. This stunning piece has seen a silver “flash” stencilled and then filled in with reflective tape on the Granary Building, and its adjacent buildings (nine in total). This is really a stunning piece, with an amazing effect – I’d highly recommend you pay the area a visit just to see this. (Or maybe to play in the fountains too…) 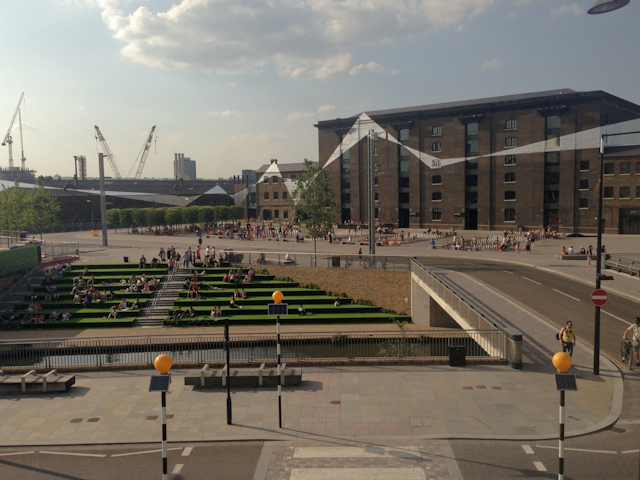 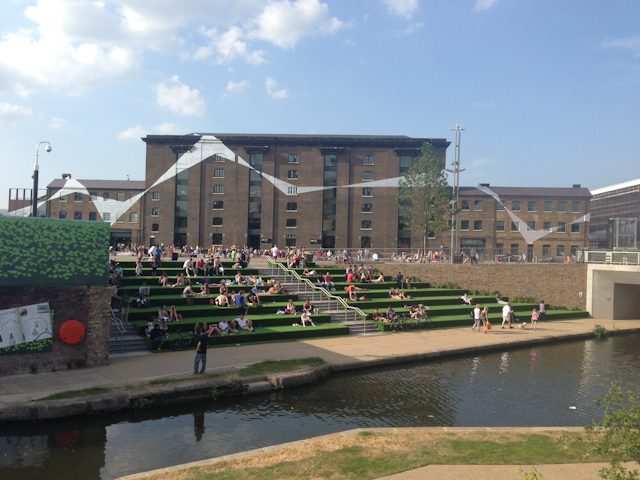 Across the Buildings from street level 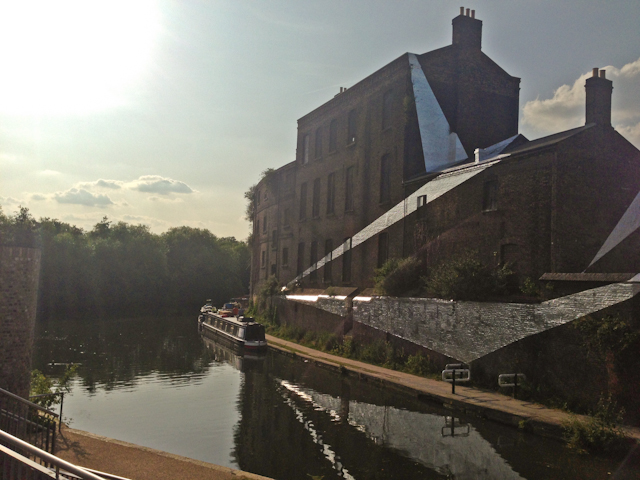 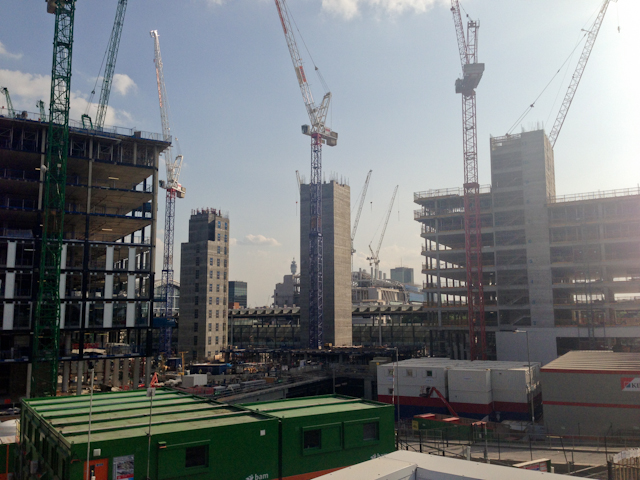