Every new restaurant that’s opened in London in the last six months has been – what’s officially known in the trade – a “burger joint”. No, really it’s true. “What about that fusion Japa-…” you might start to ask before I say “SHUSH SHUSH SHUSH I’M RIGHT anyway you’re thinking of a fusion Japanese-Peruvian burger place so what’s the deal with your aggressive tone??!” 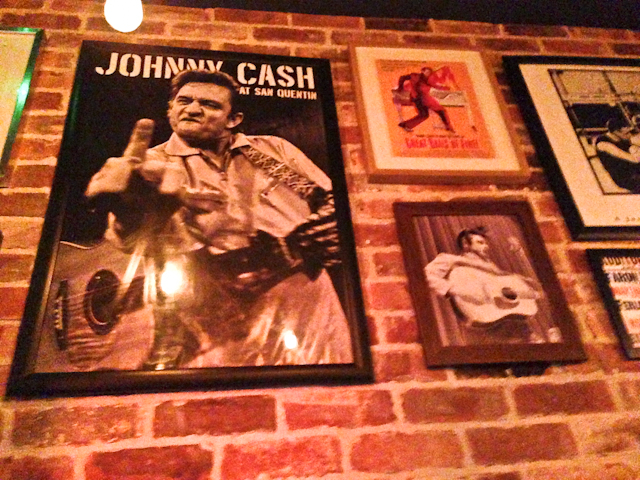 Johnny’s a little mad about something

Well, of course, I just joke. It’s not just burger restaurants – there’s been BBQ places too! And Porky’s of Camden is one of those. Oh, and they serve burgers too.

Just north of the “heart of Camden” – so fine to visit for those who break out into a rash even at the mention of this north London ‘scene’ – Porky’s is indeed a incredibly popular place. Every time I’ve passed, the restaurant has looked especially lively, and when we descended on a Saturday evening we thought we wouldn’t be able to get a table. Turns out the restaurant stretches out quite a bit into the back, including into a probably-deliberately-makeshift little shack area.

As with, well, everywhere these days in London, the menu is pretty simple. You come to Porky’s for pork, right? There’s actually only two pork items on the menu – ribs and pulled pork (but of course!). Amongst the rest is half a chicken, plenty of burger options, catfish (huh) and a quinoa and butternut chilli, plus a very healthy selection of sides. The chicken, ribs and pulled pork are all “smoked low and slow over hickory”, whilst the burgers come in the options of cheeseburger, with pulled pork – for two kinds of meat goodness , with chilli, and as a bean burger. We opted for the ribs and chicken – both of which come with a small side of red pickle (…uh…) plus BBQ beans and sweet potato fries. Oh and beers. Must have some beers. A couple of pints of Fuller’s Frontier lager (when did Fuller’s start going all craft on us?) did the trick. 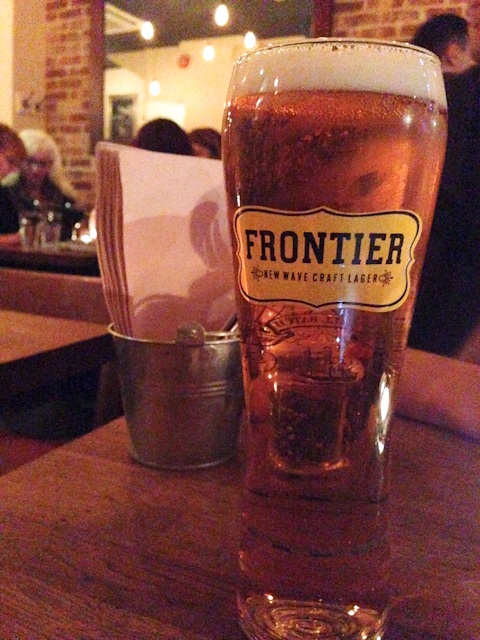 So Fuller’s do craft beer now, do they?

Porky’s mains are exceedingly good value. For less than a tenner, your plate – actually, a metal tray – is stacked pretty high with ribs, or struggling to contain the aforementioned half a chicken. Sides are definitely meant for sharing, and the BBQ beans are a kind of southern US take on baked beans. The sweet potato fries initially nothing to especially write home about, but soon become exceedingly more-ish.

The ribs come smothered in BBQ sauce, wonderfully messy and goey to eat, an exceedingly naughty meal. The half a chicken is a little more refined and wholesome, succulent and with a decent smokiness. Its size means that you end up with a satisfying “I’ve really pigged out (ha – geddit?! Porkys…pigged out???) on this meal” afterwards. 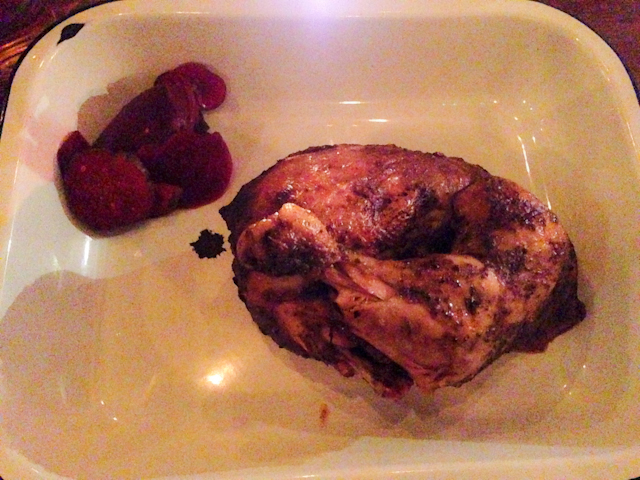 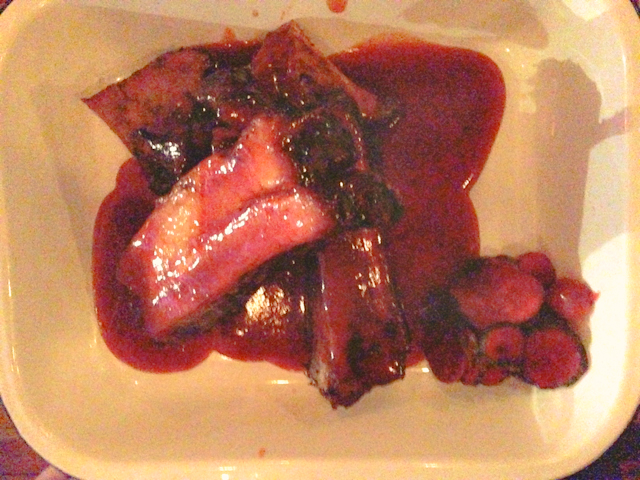 Porky’s is the kind of place that is both suitable for quick dinners and for long, lingering big meals out with friends. We didn’t stay especially long, having gobbled up our food and wanting to wake ourselves up from a food coma by braving the mean streets of Camden on a Saturday night (more fool us), but there were plenty of big groups around, getting in plenty of beers, cocktails and food, food and more food.

Because of their portions, I’d say that Porky’s is certainly good value for money, especially so for their ‘main’ mains – by comparison, their pulled pork burger, which also costs just under £10 and doesn’t come with any sides, doesn’t seem as good value. For some good, ol’ fashioned (style) American BBQ food, I’d certainly recommend giving Porky’s a try.