You are here: Home > Is it worth it? Aldwych Station Tour Review

Is it worth it? Aldwych Station Tour Review

By Anna on August 1, 2013 in Adventure, Is it worth it?, London Transport, Reviews, The Underground, Tours 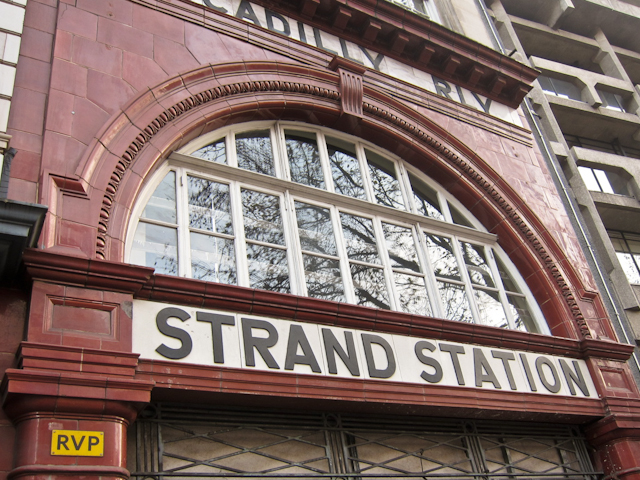 The latter point in the last paragraph should actually be the first point in this. Certainly, viewing Aldwych Station is something a little different from the norm because it’s a disused London Underground station. A spur on the Piccadilly Line – between Covent Garden and Holborn – that consisted of just this one stop, this barely-used station closed in 1994. When the station first opened in 1907, it was originally called Strand station, and its construction came with the intention that another line or another branch of the Piccadilly Line would be built, in an easterly or southerly direction. It clearly never happened, and towards the end of its life the station only received around 400 passengers a day.

These days, however, the station is often used for filming purposes and is therefore kept reasonably well preserved with many period features. There’s also a Northern Line train, of the 1972 stock, kept there that’s also used for filming – and which can actually be driven off and away. But as one of the best preserved disused or “ghost” stations on the London Underground, the station also lets members of the public in – on ticketed and organised tours – that take place every so often.

So, on to my actual experiences of such a tour. We gathered outside, around the corner of what used to the be the main entrance to Aldwych Station, queuing for a while with the other ticketed attendees before being allowed in. A safety briefing took place once we were inside, mainly on what we could and couldn’t do in the station, and what we were supposed to do in case of emergency. (Walk along the tracks to Holborn station, apparently! Not to deliberately wish upon any kind of emergency, but I can’t have been the only one to think that that did sound rather cool!) 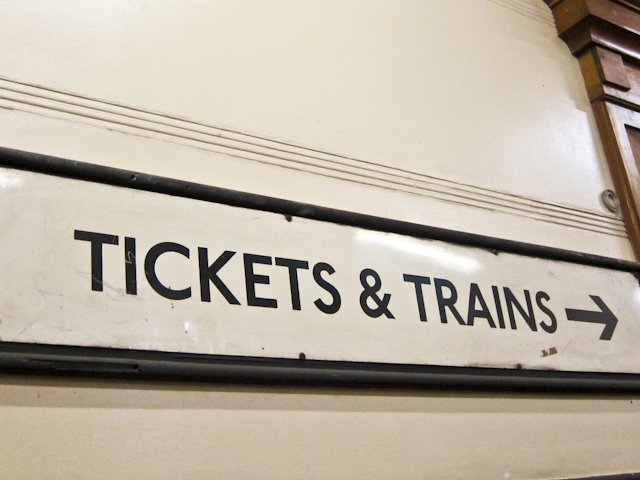 So everything’s *that* way. Well, everything you could need in an Underground station… 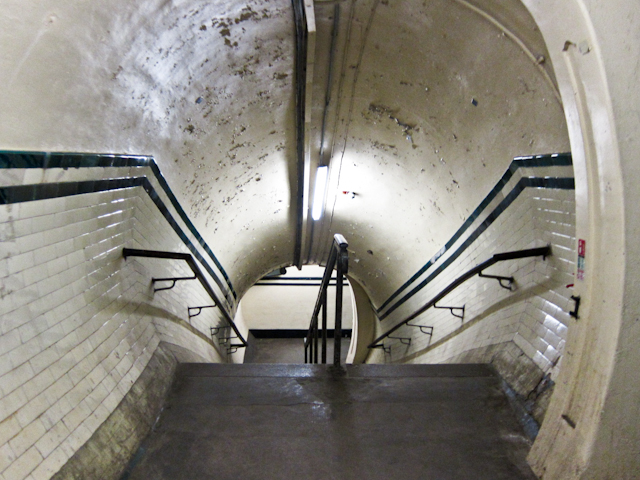 Steps down to the platforms

Walking down the spiral staircase towards platform level, we were led through the tunnels to the long-since defunct platform, which had been taken out of service in 1914. (As a spur station, only one platform is really necessary!) At several points on this platform, we were given short talks by the Transport for London staff, who talked about the history of the station, and especially its use as an air raid shelter during World War II. We also heard about the station’s tunnels being used as storage for items from the British Museum, including the Elgin Marbles.

We were also told to take a look at some of the tilework by the platform; in addition to the historic parts, Aldwych has since also been used as a testing place for different designs and tile types. 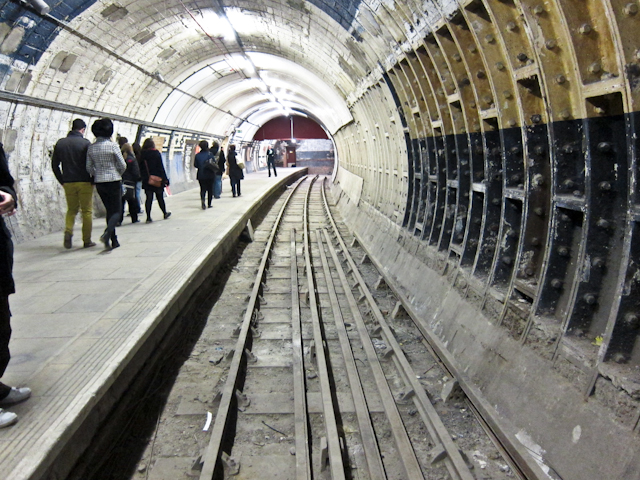 The disused platform – out of service since 1914 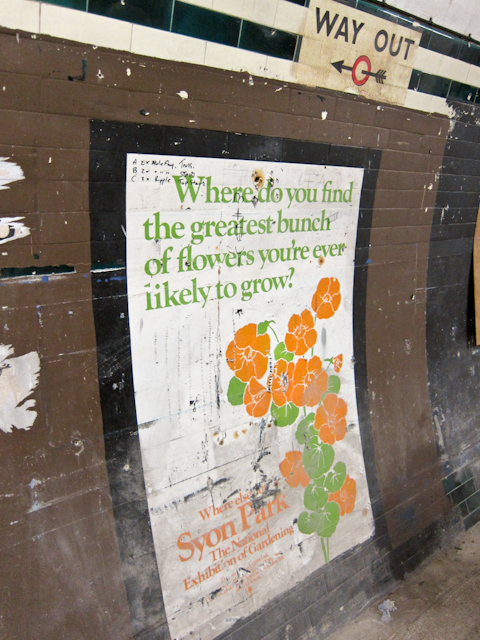 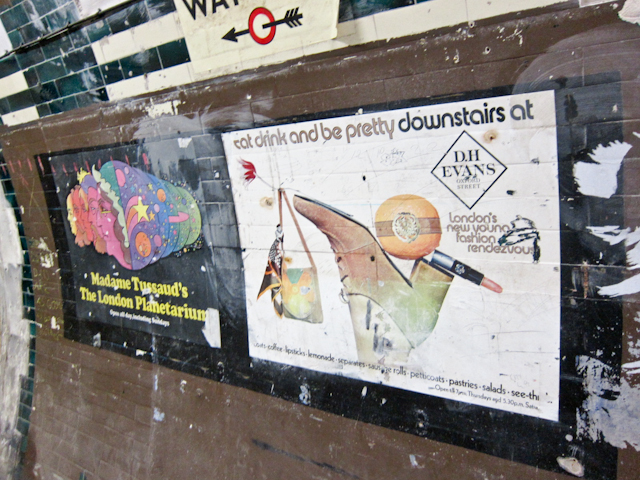 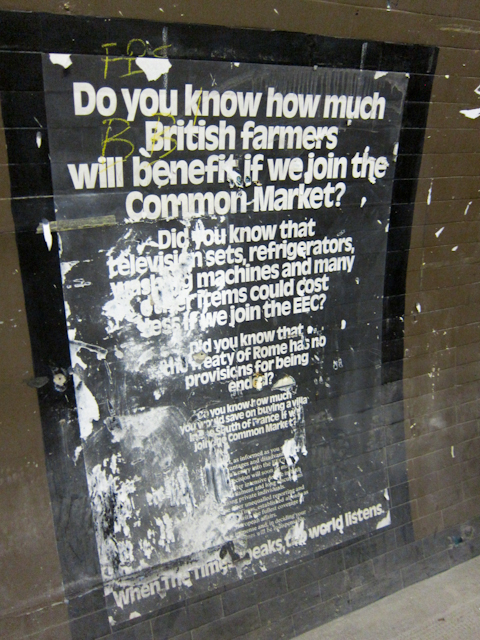 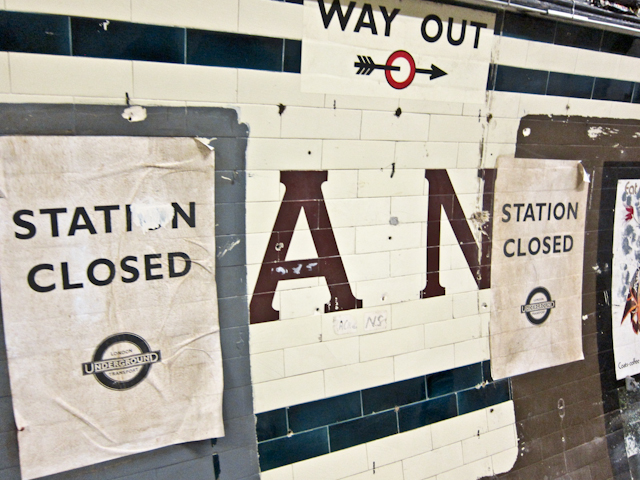 On to the “working” platform – the one with a train parked there. Unfortunately, were weren’t allowed on the train (for that’s another kind of Transport for London adventure!) but once again we were talked through various aspects of this defunct station and its current use, particularly in filming. 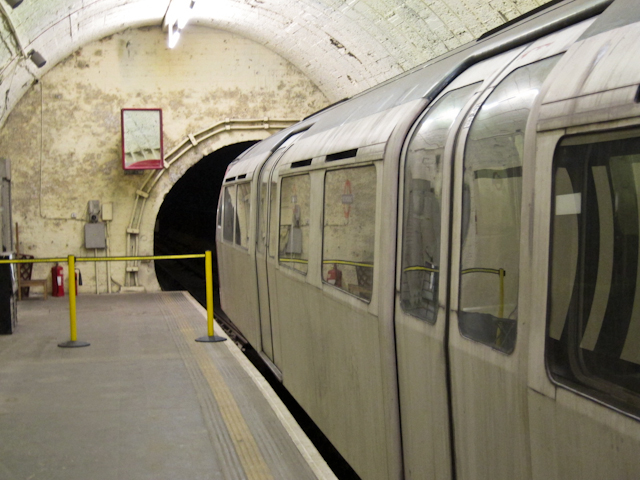 The old Northern Line train parked on the “in service” platform 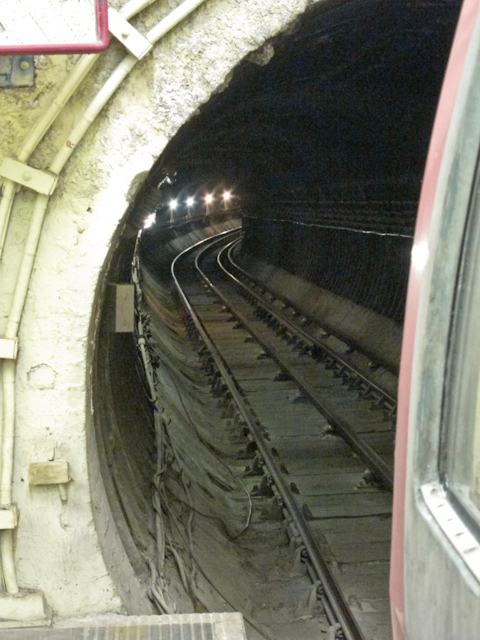 The track to Holborn 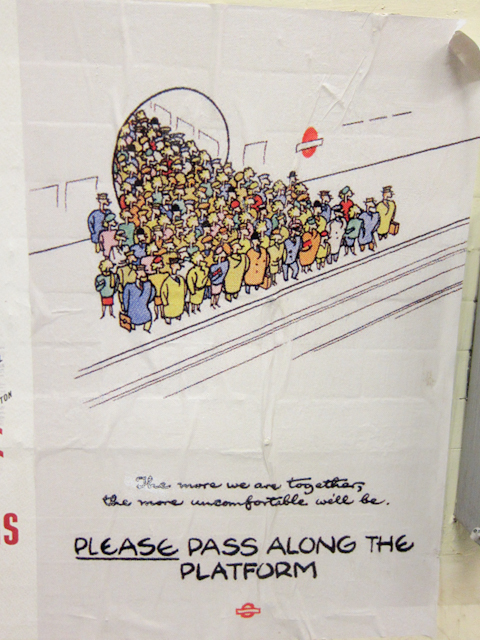 More old posters, except these look in pretty good condition… 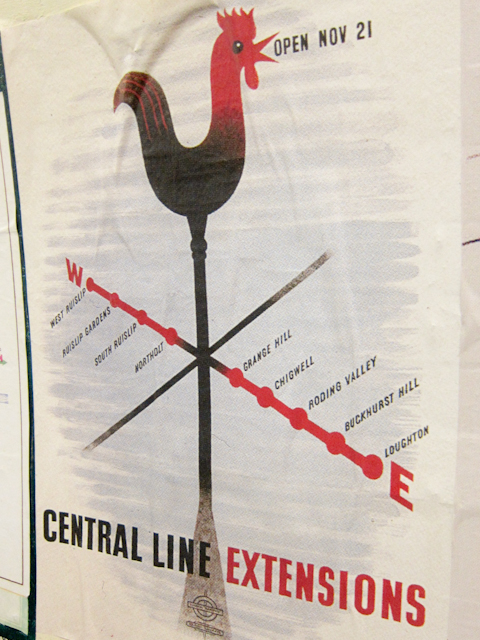 Back up the stairs to the main ticket hall, where the doors of the two elevators were open for us to walk through and take pictures. And that was the end of our tour – around one hour in total! 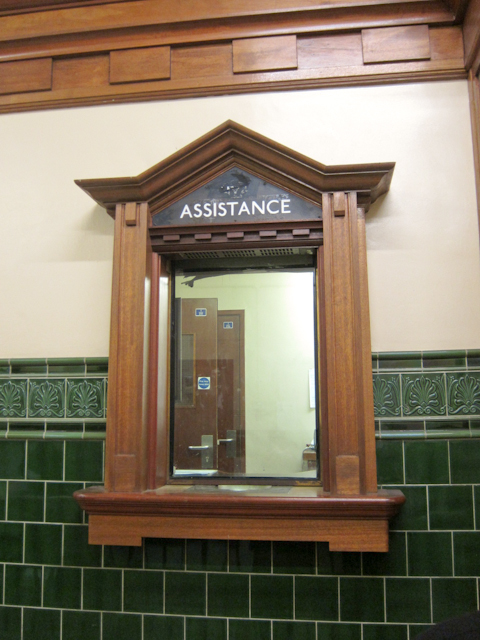 A ticket for this tour cost £20, and although that’s not the cheapest activity in London, I think that’s pretty darn good value for money for such an interesting (and – let me tell you – incredibly popular!) event.

Is it worth it?

Yes! This is most definitely worth doing in London. Well, if you have any interest in London transport, trains, or history. What makes doing such a tour particularly special is that they happen relatively rarely – so if you see tickets on sale, snap them up! You can check out the possibility of such a tour or events at Aldwych Station on the London Transport Museum’s What’s On page.

Adventure, Is it worth it?, London Transport, Reviews, The Underground, Tours